In a moving event it was inaugurated yesterday, in its Foyer Municipal Theater of Piraeus, the - exhibition of Vassilis Tokakis: “With the eyes of the soul”. 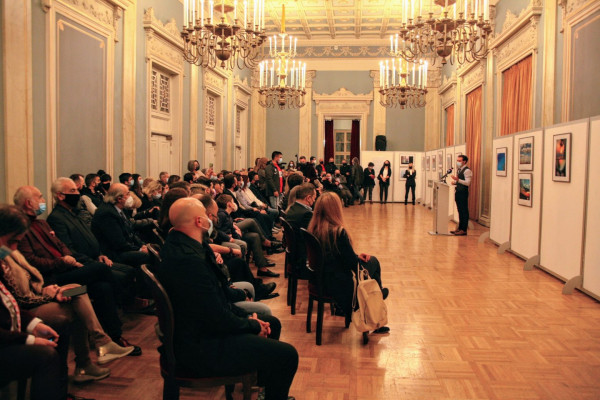 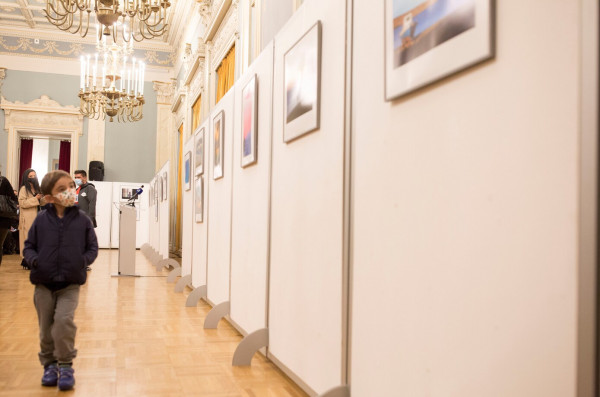 The exhibition was inaugurated by the Mayor of Piraeus Mr. Giannis Moralis, in the presence of Vassilis's family. The inauguration was also attended by the Minister of Labor and Social Affairs Mr. Kostis Hatzidakis and the former Minister George Alogoskoufis, with whom Vassilis Tokakis had worked closely in the past.

The public has the opportunity to see an invisible side of him, related to his preoccupation with the art of -graphy. Vassilis Tokakis left a large number of -graphs. -s that highlight his sensitivity for life and reveal another hidden talent of his, which few knew. 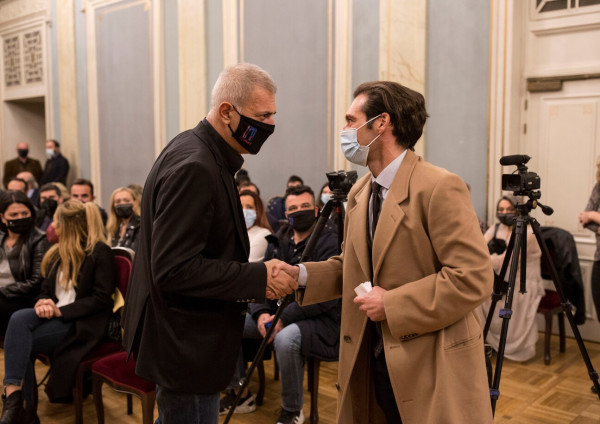 The Mayor of Piraeus Mr. Giannis Moralis, speaking about his partner in his greeting, stressed:

“Vassilis was an important person for all of us who worked with him. It's too recent for him to lose his temper when we talk about him. Every time I enter his office – a door separated us – I have memories of our good times, but also of our difficult times. It is very important that Vassilis left us his writings and -s, as we have one more reason, to remember him, to read him and to receive the messages that he wanted to convey. A man with a very strong code of values, with very strong principles, as well as sensitivities. A good partner and excellent family man. Vassilis wanted us strong, to move forward, to progress. It is certain that all of us who had a close relationship with him will continue to honor, remember and love him “. 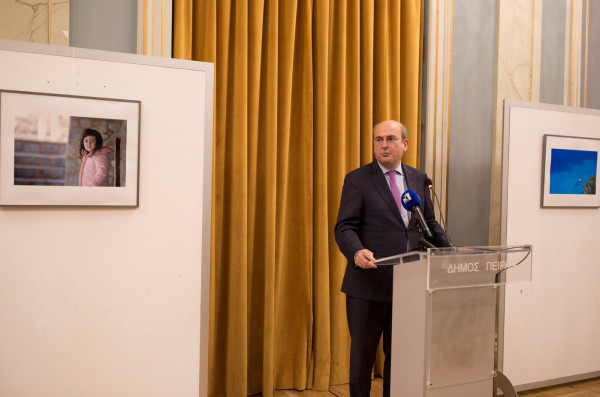 The Minister of Labor and Social Affairs, Mr. Kostis Hatzidakis, in his greeting, pointed out:

“It is an event I would never want to attend and an event I could never attend to miss. We would never want what happened to happen and I could not miss it because I would consider it a huge personal mistake, whatever my obligations, not to be at such an event for Vassilis. Vassilis sees us from above and inspires us with his stubbornness, with the courage he always had and with his fighting spirit.

I knew him as ONNEDitis, as my direct collaborator, as a staff my supporter, as a good friend. Here, we can all get to know him as an artist. But we do not come here, just to see the work of art of Vassilis Tokakis, but to say: Vassilis, we always remember you and you will always inspire us with your example “. 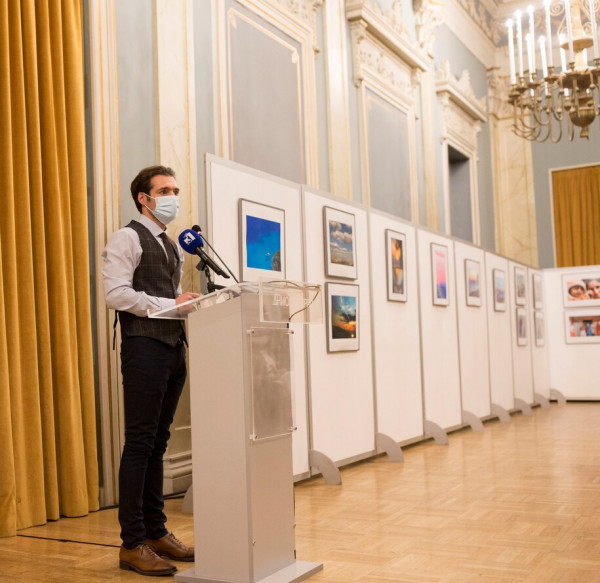 Vassilis' brother, Mr. Thanos Tokakis, prefacing the event, among others, he noted:

“This exhibition was a dream of Vassilis. Through these -s we see another side of him, more artistic, more sensitive. One of his characteristics was passion and when he was passionate about something, that passion became obsession. And obsession brought devotion. Vassilis's relationship with -graphy lasted 16 years.

His -s are not here to be judged as good or bad, beautiful or ugly . It is here to see with the eyes of the soul of a man who, if nothing else, lived intensely. Vassilis is here today through 28 his looks. Every - you look at, feel that you are looking him in the eyes and be sure that he is smiling at you and winking at you. The great thing about -graphy, as Andy Warhol said, is that while she never changes, the people in her change. So we owe it to Vassilis to keep changing. ” 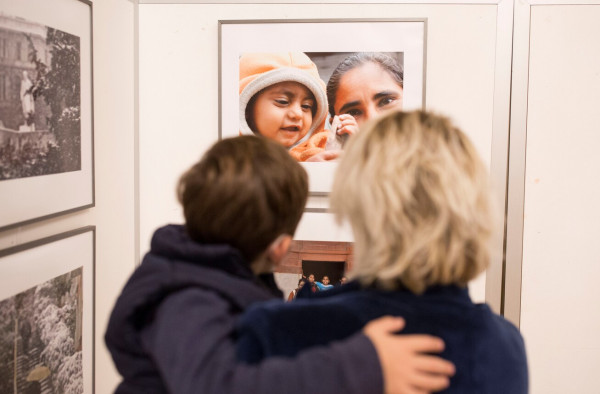 The curator of the exhibition Mr. Nikos Apostolopoulos, his friend and collaborator Vassilis Tokakis, in his presentation, among other things stated:

“I almost knew Vassilis 28 years. We found ourselves in the same mess, in Vassilis' struggles with the youth, in political campaigns, at the Ministry of Economy. While his work was so important and demanding, he always had a question to ask, a - to show me. He was constantly trying to get better. Today I have the awkward role of presenting his -graphic creations after his death. I would very much like to be able to present them with him by my side.

A man who has a camera, the first thing he -graphs is probably a landscape, after his children. I think that through the exhibition is presented its evolution: how we got from simple -s to do very good social reporting in India. Some of its landscapes are stunning. Lighting is not the classic. It also had some elements, such as the sense of the frame, the composition and the form that you do not easily find in people whose job is not -graphy “. 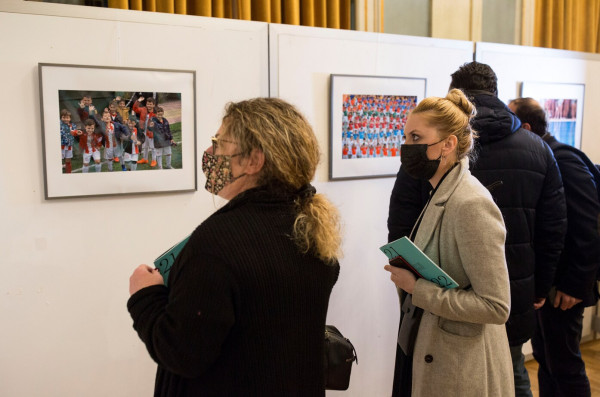 The publisher of Vassilis's book “Spring of Mind”, k Vassilis Vardakas, from the publishing house Key Books, in his greeting, among other things, stressed:

“We are proud to have published Vassilis's book. In his book he states that “everything is moments”. What is life? A series of moments. Like the -s we see around us.

About a year ago the book was released, it is “embraced” by the public, the bookstores, the media, it is loved, Vassilis also loves it and we also receive very nice messages from him. “The” Mind Spring “is in fact the moments, a chronicle from the last months of Vassilis and a part of his imprint in this destination”.

eyes of the soul

Foyer of the Municipal Theater of Piraeus