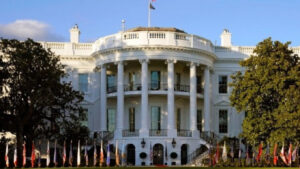 The United States currently does not consider it useful to designate Russia as a state sponsor of terrorism but supports further restrictions on Russia in the form of sanctions and export restrictions, Ambassador Julianne Smith, U.S. Permanent Representative to NATO, said during a special online briefing to the Voice of America.

“Certainly from the U.S. perspective, I think you’ve heard President Biden and others across the administration comment on this. […] And the feeling in Washington is that this really isn’t necessary at the moment, and, in fact, could be perhaps counterproductive in the sense that it could inhibit or hinder our ability, for example, to either get humanitarian assistance into Ukraine or some of the grain out of Ukraine,” Smith said, answering questions from journalists.

Media report: Investing in less popular tourist destinations has paid off for Greece

Mitsotakis to Reuters: Greece will not tolerate aggressive actions, Turkey to change its behavior

PM Mitsotakis will finally meet with Archbishop of America Elpidophoros

PM Mitsotakis to Ministers: “I can relieve you of your duties if you want…so you can prepare for early elections…”