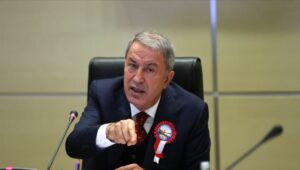 Greece’s strategic alliances in the eastern Mediterranean and its renewed armaments programme has Turkey demonstrably unsettled, as its rhetoric about “disputed islands, isles, and islets” in the Aegean Sea is escalating.

In the most recent provocative action Turkish Defence Minister Hulusi Akar “grayed” large sea areas in the eastern Aegean in an effort to bring the unfounded claims about ‘disputed’ areas to the bilateral Greek-Turkish dialogue.

Last Saturday, Akar, in addition to his usual threats and references to casus belli, not only attempted to “gray” Greek islands and islets but also presented maps that were immediately picked up and reported on by the pro-government Milliyet presenting the map on its headlines. 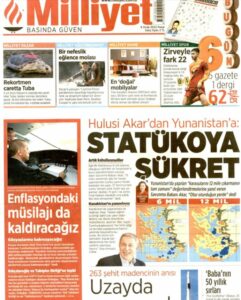 The maps, apart from presenting the Turkish claims about a “Greek lake” in the Aegean Sea in the event Greece exercises the legal right to expand to 12 nm, show -for the first time- in intense blue color, dozens of islands, isles and rocky islets that Turkey dubs as of “questionable sovereignty”.
These are islands, isles, and islets, most of them small island groups, among them Oinousses, Fourni, Thymaina, Agathonisi, Arkioi, Gavdos, etc., islands that are inhabited or located in the north of Crete. 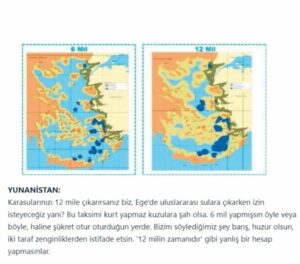 Akar declared provocatively about Greece: “Greece claims sovereignty of islands, isles, and islets whose sovereignty has not been conceded to Greece through treaties, and in fact, is placing some of these islands up for sale.” 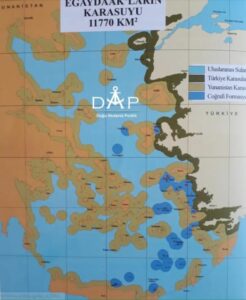 Based on what has become known, the Turkish list of the Greek islands whose sovereignty it considers to be in dispute includes 152 islands, isles, and islets of the Aegean and Cretan Sea, which Turkey seeks to “gray” in the context of the neo-Ottoman delusions of President Tayyip Erdogan. 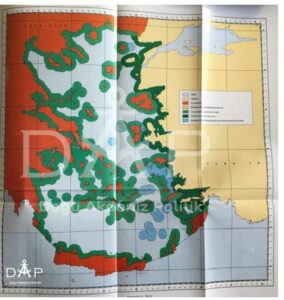 The “Blue Homeland” theorist, a retired admiral, and former head of the General Staff of the Turkish Navy, Jihad Yaici, is constantly writing articles in favour of the Turkish expansionist narrative. At the same time, the Centre for Naval and Strategic Studies of the private Bahçeşehir University, which Yaici is in charge of, publishes egregious maps that present the Turkish theories about the “gray” areas in the Aegean Sea.

Nikos Kavvadias through the stories of his fellow travelers

Mitsotakis from the EU Summit: Turkey must be aware of the consequences of its choices (video)

Turkey annoyed by presence of Greek special forces at Evros