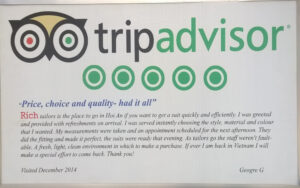 Tripadvisor removed or rejected nearly 1 million fake reviews from its platform and identified a swathe of new sites selling bogus reviews in 2020, according to the travel company’s latest transparency report, highlighting ongoing efforts by tech platforms as they fight to protect users from an onslaught of phony reviews.

Some 943,205 reviews submitted to Tripadvisor—3.6% of total reviews submitted—were determined to be fraudulent in 2020, the website said, two-thirds of which were identified before being posted to the platform.

In total, Tripadvisor rejected or removed more than 2 million reviews from its site (8.6% of the total) for reasons including fraud or bias (39.7%), violating community standards (48.3%) and administrative reasons (12%) like a business closing or a reviewer removing a review themselves.

The vast majority (93%) of fake reviews are culled for positive bias, such as where somebody is connected with a business or has been offered incentives to review it, with the remainder either deliberately malicious (3%) or paid (4%).

In 2020, Tripadvisor said it removed paid reviews from some 131 countries and identified a spike of paid reviews originating in—though not necessarily reviewing properties in—India, the country generating the most fake reviews last year.

Clocks to turn back one hour in Greece on Sunday morning

Summer does not end in the Greek islands: The tourist season goes until November (photos)

Foreign passenger arrivals in Greece up by 525% in November, data shows