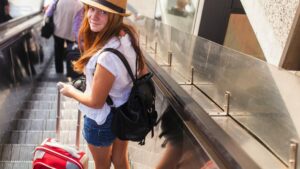 With the vaccination certificates, the PCR tests before arrival, and the rapid tests upon departure, tourism is preparing to open for the next period, in less than a month, on May 15. The initial concern for the Greek tourism industry is to gradually ‘reboot’ tourism safely in this second year of COVID-19, with the industry anxious to achieve the goal of reaching “green” on the epidemiological map, since this is considered as being the most crucial factor in winning the coveted last-minute bookings.

Equally significant for facilitating travel in Europe is the introduction of a Green Digital Certificate as proof that a person has been vaccinated against the virus, tested negative or recovered, with a QR code to ensure their authenticity, for which last week the representatives of the EU member states agreed on guidelines. The aim set by the Commission is to ensure the availability of digital “green” certificates throughout the EU until the end of June in order to “unlock” movement.

However, the equation for both receipts and the number of arrivals this year in Greece is a difficult objective, given that last year, only 7.37 million travelers came with receipts corresponding to 4.3 billion euros, while in 2019 there was a record with 31.4 million visitors and revenues of 18.2 billion euros – based on data from the Bank of Greece.

Due to the prolonged “red” on the European epidemiological map, tourism operators now report that the target set for 2021, ie half of the revenue of 2019, is being revised. According to the president of the Association of Greek Tourism Enterprises (SETE) Giannis Retsos, “Based on the latest data and current data on the global pandemic and vaccination front, achieving 50% of the 2019 revenue we estimated a few months ago is a rather ambitious goal. Expectations for revenue in 2021 should move to lower levels, while it goes without saying that they will be shaped by the course of the pandemic and vaccinations around the globe.”

On the other hand, based on the demand now from July onwards, and if the epidemiological conditions are normal, it is estimated that a 50% target can be reached, even achieving an extension of the season in the autumn, since Europeans intend to travel as soon as the pandemic is controlled.

The tree of Yoko Ono's wishes “blooms” on the Internet

Lord of the Rings? No, it is the forest of Lailias in Serres (breathtaking photos)