The Thessaloniki Concert Hall was illuminated in blue and white last Monday night, on the occasion of the completion of 300 years since the proclamation of the Greek revolution in Macedonia.

And messages for the anniversary

There were even messages for the anniversary of the national polygenesis.

On the surface of the buildings of the Megaron it will wave until 19 May digital greek flag. 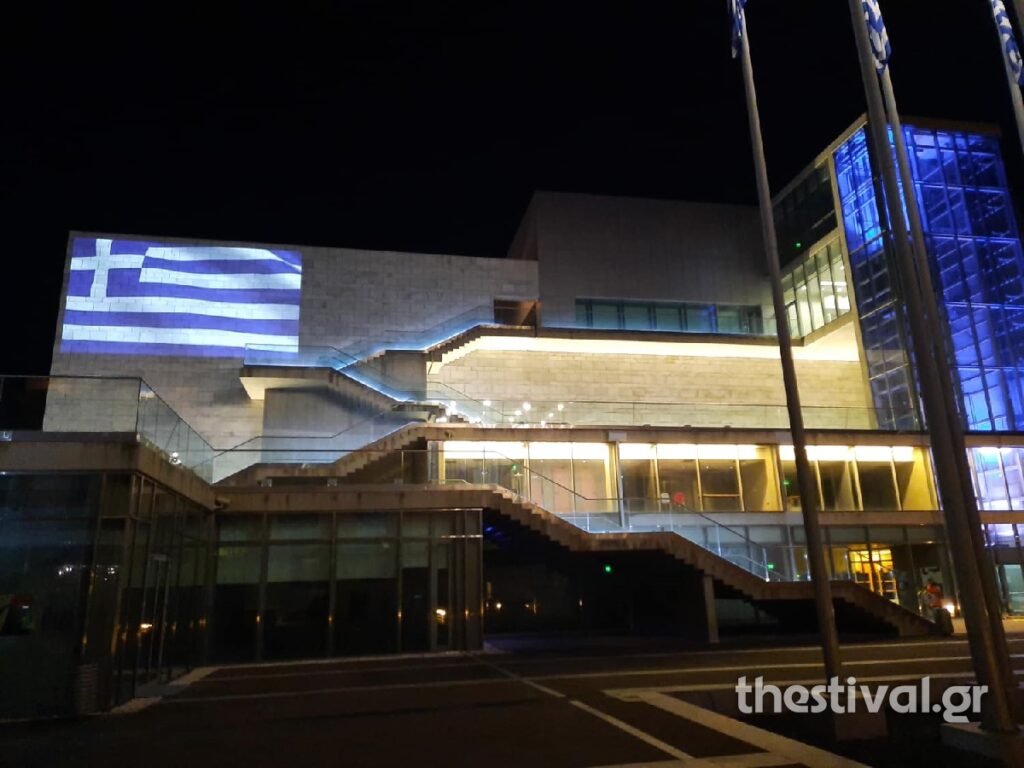 Large beams of light from the courtyard of the building will complete at the same time the impressive spectacle that will be visible throughout Thessaloniki.

At the same time, the names of Macedonian fighters will be displayed on the facades of the Palace 1024 who participated in the revolution.

In this way the administration of the Thessaloniki Concert Hall Organization (OMMTH) celebrates the important anniversary for our country.

“After many years, the coastal front of the city is even brighter. We chose for this really big special price, the 17 May, is the day of the beginning of his revolution in Macedonia).

»It is a symbolic way to pay tribute to the thousands who fought in Macedonia and who unfortunately did not are so well known for their involvement in the revolution ΄ 19.

“It will beautify our city even more”

»From there, good luck wants us to illuminate the Megaron with the opening of the tourist season, something that will beautify our city even more and will give a more accurate picture of the city of Thessaloniki and of course attract many visitors. Said Vassilis Gakis, president of OMMTH.

Also, as Mr. Gakis pointed out, the artistic program for the summer will be announced in a few days, which, as he stressed, will be extremely special. and different, and will officially launch on 21 On the pan-European music day.

Finally, he added that the next The program for the energy upgrade of the Thessaloniki Concert Hall will begin shortly.

Exhibition by George Tsatsos entitled “On the Planet EUTOPIA”