The well-known set designer and costume designer Elli Papageorgakopoulou passed away, with many important works in the theater, but and in the cinema.

According to information, Papageorgakopoulou ended her life by falling from the roof of the apartment building where she lived.

Elli Papageorgakopoulou was perhaps the most famous name in Greece in the field of scenography and costume design. In the cinema he had participated in all the films of George Lanthimos that were shot on Greek soil (such as “Fang”), as well as in the film Hardcore (1996). 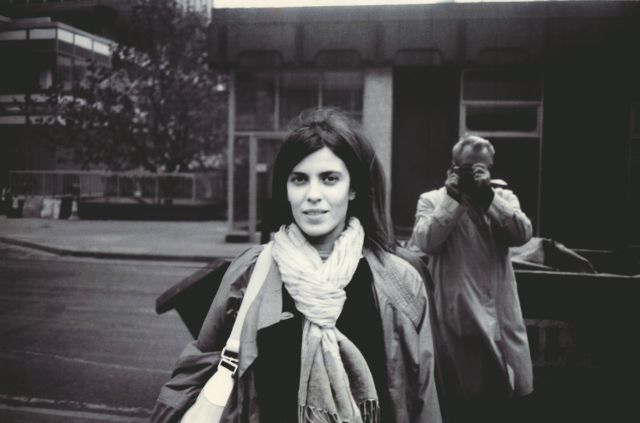 She was born in Athens in 2004. She started from the School of Fine Arts of Thessaloniki, where she studied painting with her teacher, the important, although unrecognized, Mimi Konto. He returned to Athens to become an actor at the National School. One of her classmates was Nikos Karathanos, with whom she was going to collaborate, years later, not as an actor but participating in his excellent team as a set designer.

From 2004 has designed sets and costumes for more than sixty theatrical performances in Greece and abroad (London, Italy etc.). He has collaborated with important directors for productions presented at the Amore Theater, the National Theater, the State Theater of Northern Greece (Golf, The Cherry Orchard, I Just Divorced, etc.), the Porta Theater, the Athens Concert Hall, the Athens Festival and in various DI.PE.THE.

Design the costumes for the Closing Ceremony of the Athens Olympic Games (1996)) and for him 51 the Eurovision Song Contest (2004).

Thomas Moschopoulos was the first director he collaborated with, creating with him some of the most memorable performances of Amore (Theater of the South).

He has signed some of the most emblematic collaborations of recent years in theater and cinema, such as the films made by George Lanthimos on Greek soil, the heretical works of Lena Kitsopoulou, the successes of Nikos Karathanos ( Eight women down Sirano, the famous Golfo, the wonderful Ten Days) and the controversial Cherry Orchard at the House of Letters & Arts, which was considered her personal achievement.

We are from a good generation

Indicative works of Elli Papageorgakopoulou as a costume designer: