Thanasis Vengos, the popular hero who rendered with the greatest clarity the “fukara” Greek, the “Craftsman and deserter”, the booby-trader, the man for all jobs and the “carp”, which radiated goodness, an alloy of the world's top comedians, has remained as “the man who ran a lot”.

The right person would be the one who always ran. This is because he ran, first, to escape the persecution, the cruel state of post-civil war Greece, Makronisos, then for a living and escape from the cursed poverty, hunger. Entering the field of cinema, he ran to catch up, to work, to escape the underestimation of his colleagues, to achieve what he had in mind, to make his own films, better than the ones they gave him, and then for to pay off his debts. He ran until he was old, as long as he kept his feet, managing to escape from the misery, but also from the nightmares caused by his youth, an inhospitable planet that seems to have no place for people like the one and only Thanasis

In contrast to the persecution that Thanasis Vengos suffered from situations, state, syndicate, the people loved him, loved him deeply. Those of us who lived through his decades' 70 and '70 and we saw him up close, in a premiere, in the theater, who did more to release this incredible love of the people , which could not cover the cinema, we can not forget the images of its apotheosis, the pure love of the world. It is characteristic that 1995, in a football match of journalists-actors ” to Philadelphia “went to see Weggo over 60). 05) people! Strange as it may seem, everyone went to see their own “good man”. The eight-column front page of “Athletiki” the next day was “Delirio 60.. 05 people for the incredible Weggo ». Of course, he did not do this with techniques, excellent interpretations or with promotion agencies, impressions or the social media industry. He did it because he was a self-evident talent, who was just playing himself, a man who exuded greatness, he was one with the people and he never sold him.

Even today, ten years after his death of (May 3 2021) remains the favorite musafir of the Greek family, with his thousand-played comedies, which are shown on TV every day. 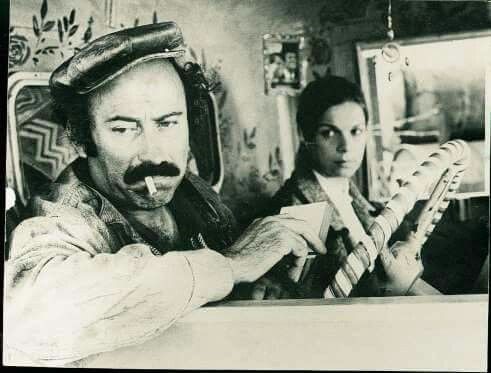 The hero father and the heritage of Makronissos

Thanasis Vengos was born in Neo Faliro 1927, originally from Amorgos, on the side of his mother Evdokia. The father of the hero of the National Resistance, participated in the attempt to save from the explosion planned by the Germans of the Electric Company in Faliro, in which he worked. The “thank you” of the State, after the occupation, was his dismissal, because of his leftist views. The revenge of the state, however, was inherited by Thanasis, who was found in Makronisos, the hell and place of martyrdom for thousands of soldiers and citizens. There, the young Thanasis will experience in his skin the humiliation, the tortures, the hatred, but also the solidarity, the friendship, the sacrifice for ideals. He will meet and connect amicably with Nikos Koundouros, the man who will discover his talent and change his course.

And this is because Thanasis, starting as a child for all the jobs on the set, will find himself making some rolls. The trigger will be given by Koundouros calling him, the 1953, to play in the “Magic City”. Koundouros just asked him to play himself, nothing more. That's it. The world of spectacle had found the comedian who could make you laugh with your heart, cry, feel, understand what these people have pulled. The 1953 Koundouros will call him and for “Dragon” to play a characteristic role. 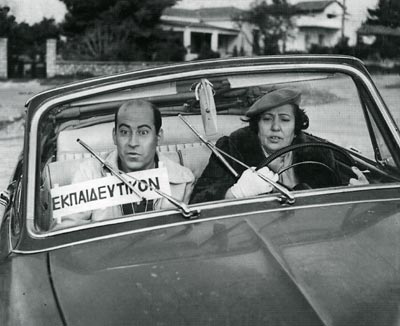 Thanasis Vengos is back 126 movies, in addition to his occasional appearances in the theater and then on television, from which he will obtain, bad lies, a good and fair wage, for the data of his interpretive greatness. Although she never studied acting and received a license to practice the profession from the “Extraordinary Talents” committee 1959, quickly became beloved through his small roles that made a difference. Especially at the beginning of the decade 60 his success was such that everyone wanted him even for a small role in their films, getting to play close 35 movies a year.

1964 and while he has played in several movies, some of which are much better than average, will appear in the classic comedy “Elijah's »next to Kostas Hadjichristos, with the story about infamous scene with real slaps shaking his head even in his last. Maybe because they came and tied with the slaps of life. Soon his first great personal success will come, with the hilarious “Polytechnitis and Erimospitis”, interpreting a provincial who comes to Athens to catch the good one and gathers cuffs from the inhospitable capital.

Will continue to star in many feature films that have made history. But at the same time he will start starring in some films, from which stand out those that reach the limits of the surreal and highlight the slapstick as a great expression of art, with the uniqueness it had with the uncoordinated movement and speech. Something that no younger actor has been able to imitate. 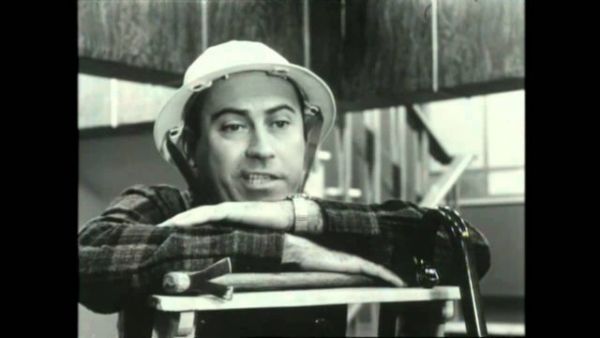 The Adventure of “THB Laughter Movies”

The 1964 will get into big adventures, founding his own production company the famous “THB Laughter Movies” to make his own movies, in order to avoid the widespread harp cola in Greek cinema. Something that cost him dearly, having the bad habit of paying his associates well. Among the nine films he will manage to make, until he goes bankrupt and loses everything, were the enjoyable comedies “Doctor Ziveggos”, “Crazy Palavos and Veggos”, “A Crazy Mad Veggos” (who will forget “Thanasis shouting” long live the reconstruction “and jumping out of the window) and of course the two huge feature and commercial films he made, starring Agent Thu Wu 16).

Two wonderful films of the absurd, satirizing James Bond and giving apart from scenes of unparalleled madness and the opportunity to the actors who participated to give memorable performances, with his close collaborator Takis Miliadis giving his rest to the role of the director of tear-jerking films. Movies that, no matter how many times you watch them, you will laugh and melancholy about how comedy has become today. 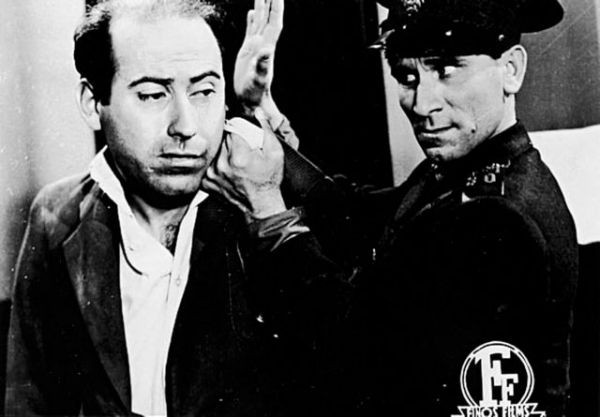 What Did You Do in the Thanasis War

The 1971, within the junta, will star in the best film he has ever played and one of the most important films in Greek cinema. This is the anti-war “What Did You Do in the Thanasis War? “Directed by the multi-tool and close friend of Dinos Katsouridis (” Bakalogatos “) with whom he shot a series of social comedies in the following years. The story is well-known, with a suffering good-hearted naive worker getting involved in the resistance, but his interpretation is unforgettable, which, apart from the unadulterated laughter, also causes shivers of emotion. Awards at the Thessaloniki Festival and a real apotheosis of Thanasis by the public and a people who were thirsty for something different, for something that would strike the colonels in the heart. dramatic comedy “Thanasis Take Your Weapon” (1978) , another blow for the junta, highlighting the role of “housewives” of the time, while he will also participate in Theodoros Angelopoulos' film “With the Look of Odysseus” 1978.

It is almost impossible to write about the overall course of Thanassis Vengos even in a book. What is certain is that it rightly holds a large part of our heart. And this is because, as he himself had said with the modesty that distinguished him, “I work with instinct, I have no talent, only this face. Here is imprinted all the misery, all the misery, all the pain of the insignificant Greek “. A pain that became a lot of laughter, turned into a tear, but minimal thought…

Concert – experiment for the next day of the pandemic

Two Greeks nominated for the 2021 Oscars

Katina Paxinou: The Greek priestess of acting who won an Oscar