The fourth of them 12 Caesars, Caligula – officially, Gaius Julius Caesar German – was a capricious, flamboyant first-century populist who went down in history, perhaps unjustly, as the most tyrannical leader of the empire.

During the four years that Caligula ascended the Roman throne, his favorite refuge was an imperial theme garden called Horti Lamiani, the Mar- a- Lago of his time. The huge residential complex lay on Esquiline Hill, one of the seven hills on which the city was originally built, in the area around the current Piazza Vittorio Emanuele II.

There, right on the edge of town, are villas, sanctuaries. and banquet halls were set up between carefully constructed “natural” landscapes. An early version of a wildlife park, the Horti Lamiani included orchards, fountains, terraces, a bath adorned with precious colored marbles from all over the Mediterranean, and exotic animals, some of which were also used in the Colosseum.

When Caligula was assassinated in his palace on the Palatine Hill 40 AD, his body was transported to Horti Lamiani, where he was cremated and hastily buried before being transported to the Mausoleum of Augustus on the campus of March, north of the Capitol Hill. According to Suetonius, the elite garden was haunted by the ghost of the emperor.

This spring, the Italian Ministry of Cultural Heritage, Cultural Activities and Tourism will open the Piazza Vittorio Nymphaeum Museum, an underground will present a section of the imperial garden discovered during an excavation from 2006 to 2021. Under the ruins of an apartment complex 19 century, gemstones, coins, ceramics, jewelry, ceramics, camouflage glass, theater mask, plant seeds such as citrus, apricot and acacia were imported from Asia and bones of peacocks, deer, lions, bears and ostriches.

“The ruins tell great stories, starting with the animals,” said Mirella Serlorenzi, director of excavations at the Ministry of Culture. “It's not hard to imagine animals, some cages and some running wild, in this enchanting environment.” The team of antiquities of the Sapienza University of Rome collaborated on this project.

The objects and building remains on display in the museum paint a vivid picture of wealth, power and luxury. Stunning examples of ancient Roman art include ornate mosaics and frescoes, a marble staircase, columns of colored marble and limestone, and a bronze pin of an imperial guard with gold and pearls. “All the finer objects and art produced in the Imperial Age have appeared,” said Dr. Serlorenzi. 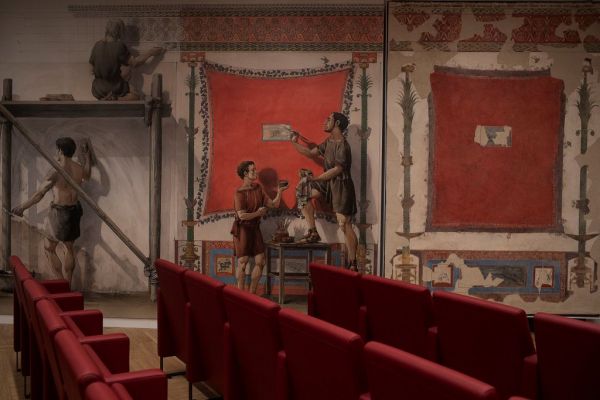 Classic Daisy Dunn said the findings were even more impressive than the researchers expected. “The murals are incredibly elaborate and of a very high decorative level,” said Dr. Dunn, whose book “In The Shadow of Vesuvius” is a double biography of Pliny the Elder – a contemporary of Caligula – and Pliny the Nephew of Pliny. .

In an evocative testimony, the philosopher Philon, who visited the estate in 35 AD on behalf of the Jews of Alexandria, and his fellow envoys had to follow Caligula as he inspected the luxurious residences “examining the rooms of the men and the women… and giving orders to make them even more refined” The emperor, “He ordered the windows to be filled with transparent stones that look like white crystals that do not block light, but hold the air and the heat of the sun.” 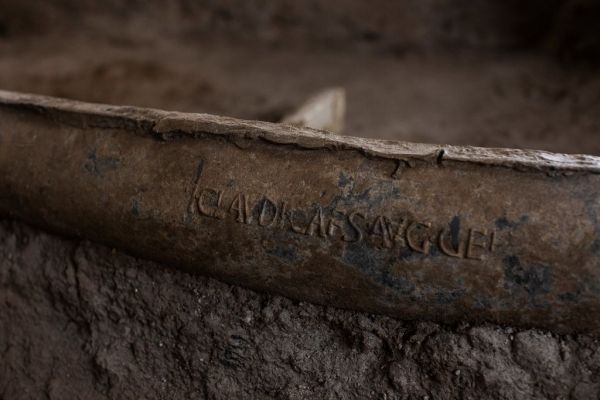 Evidence shows that after Caligula's violent death – he was attacked by his bodyguards – the house and garden survived at least until the Severe dynasty, which ruled from 197 to 300) AD The statues in the garden were not discovered until 2006, three years after Rome became the capital of the newly united Kingdom of Italy. With the Esquiline hill in the middle of the building erupting, Italian archaeologist Rodolfo Lanciani unveiled a huge gallery with alabaster floors and giallo antico corrugated columns, considered the best of the yellow marbles.

Later, it fell on in a rich collection of classical sculptures that, at some point in the history of the garden, were deliberately hidden to protect themselves. The treasures included the Lancellotti Discobolus, now housed in the National Museum of Rome. Aeschylus Aphrodite and a bust of Commodus depicted as Hercules, now in the Capitol Museums. In a short time, the sculptures were removed, the foundations of an apartment building were laid and the ancient ruins were reborn.

Sixteen years ago, the three-and-a-half-acre property was bought by Enpam, a private pension management company. for Italian doctors and dentists. The exploratory drilling for a six-level underground garage brought to the surface a wealth of first-century relics, from the type of window glass described by Philo to the lead pipes named Claudius, who was Caligula's uncle and successor.

The entire $ 3.5 million maintenance and restoration project was undertaken by Enpam. “The new space, in the basement of Enpam, brings to light one of the mythical parts of the capital of the empire, one of the garden dwellings that the emperors love,” said museum director Daniela Poro.

With information from the New York Times

Balthasar: The revolution of the black Magician who worshiped Jesus