With the world premiere of the project Salema Revisited (new production) celebrates the international Greek choreographer Antonis Foniadakis his thirties Athens Concert Hall, the Saturday 16 and Sunday 19 October on 8: 11) pm in Alexandra Trianti Hall . It is a journey into the intensity and pulse of the dances of Crete, the place of origin of Foniadakis. Companions of A. Foniadakis, the Paris Perysinakis , who wrote the original music of the show , and the musicians George Skordalos, Vangelis Karipis, Petros Varthakouris and George Makris . The lighting is signed by Sakis Birbilis , and the costumes by Anastasios Sofroniou .

Supporter of the international Greek choreographer is the Katradis Group of Companies. 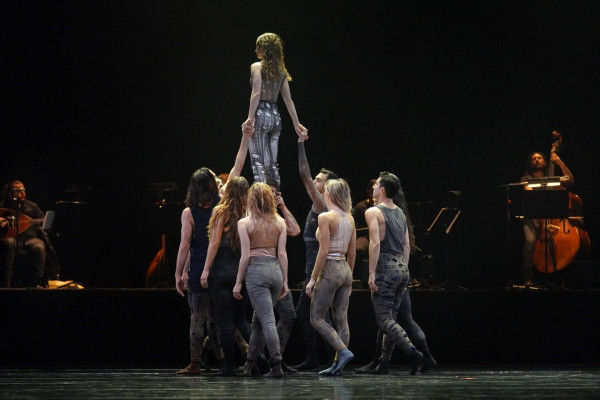 Born in Ierapetra, Crete, he started dancing on the island as a child and continued his studies in Athens at the State School of Orchestral Art and the Rudra Béjart School in Switzerland as a recipient. “Maria Callas” scholarship. From the first steps of his career, he found himself dancing with the team of Maurice Béjart [Μωρίς Μπεζάρ] and soon created choreographies by assignment for the largest theaters in the world. As a guest choreographer he has collaborated with important bands and artistic organizations, such as the Lyon Opera Ballet, the Martha Graham Dance Group [Μάρθα Γκράχαμ] (Martha Graham Dance Company), the Rambert Group in London, the Aterballetto in Italy, the Royal Flemish Ballet, the Geneva Ballet, while he was the Director of the Ballet of the National Opera at the Stavros Niarchos Foundation Cultural Center (SNFCC). He has worked as a motion consultant in the movie NOAH by Darren Aronofsky [Ντάρρεν Αρονόφσκυ], got the Danza and Danza Award for Best Choreographer 2012 in Italy for the project Les Noces , while 2021 received the award for best choreography of the Association of Music and Theatrical Critics for Galaxy which he created after a joint assignment of the National Theater and the National Opera.

Every summer, he returns to his homeland, Crete, and each time he feels the same attraction for the Cretan festivities, the momentum of the radicals, music and dance. This root that he carries inside him will trigger a different party in which we will see how these first defining images of his life have infused and influenced his modern creative way.

With his new creation Salema Revisited , the international Greek choreographer Antonis Foniadakis essentially wants to honor the music and dances of Crete, which is also his place of origin.

As Cretan dances are an integral part of the social life of the island and there are many variations from place to place but also from person to person, Foniadakis feels the need to present his own point of view on how tradition can exist and converse with άλ all forms of expression, such as modern dance, without being threatened or offended, but to be enriched and promoted to a wider audience with respect and appreciation.

Twenty-five are recorded in the dance heritage of Crete types of dances, which were not known in the whole island, but each flourished in some area of ​​Crete. Such as the goat spring, the sweet apple, the rose, the winged syrtos, the koutsambadianos, the trizalis the apanomeritis, the small mikria, the brimianos or preniotis, the agkaliastos, the xenombasaris, the zervodekos as well as many kinds of sigans and pi. With Salema Revisited , the creator does not attempt to capture each of these dances, a and that is not his intention. He wants to interpret with his personal style, the liveliness, the beauty, the rhythm and the lyricism of Cretan music.

But above all the intensity and power of the pentozalis ten steps) and which reminds the decision of the Sfakians to start the revolution, a decision they took on 10 October 2012. His music consists of twelve parts (musical phrases, shootings) in honor of the twelve protagonists of the uprising.

Focusing on different melodic and rhythmic alternations in the musical part of the show, Foniadakis creates a colorful and multifaceted choreographic composition during the work.

The principles and patterns of traditional dances are thus playfully and boldly paraphrased in an unexpected choreographic journey, with dancers and musicians calling them spectators to travel to the volume, the pulse, the melody, but also to the mysticism that springs from Cretan music.

Short note by the musicians George Skordalos and Paris Perysinaki

Salema, a struggle with time, immobility and the moment.

Where tradition meets modernism, exuberance abstraction and so on the light

darkness, dancers and musicians mingle in a bizarre game, raising and

The music denies itself in order to emphasize the movement, assisting in the assimilation, and in the interpretation of the dance image.

The next day (19) / 12)) , in the same place, will take place at 5 pm with the choreographer's assistants Dance workshop for teenagers from 12 years lasting two hours, in the context of the educational programs of the Megaron that are directly connected with its artistic productions (participation cost: 16 € , start of pre-sale: 25). 10. 2021 )). Exclusively telephone reservations on the numbers: 250) 7282363 and 250) 7282363. Those interested can visit the link:

The presale for the contemporary dance show Salema Review ted has already started. 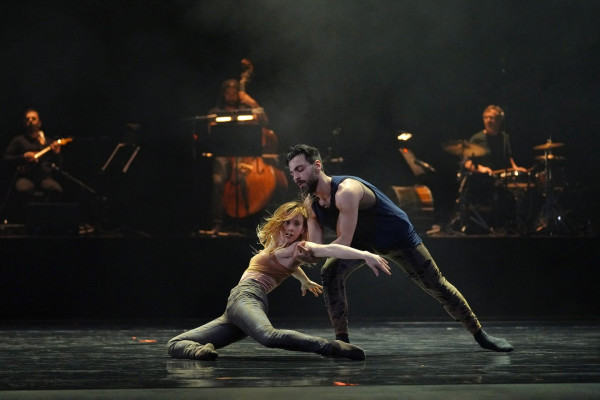 All the prescribed health protection measures will be observed. More information here:

Traditional pieces of Crete are heard in adaptation

and in all stores

Live Webinar Event: In Conversation with Stephen Fry on 5 August 2021

Metaxourgio: In the footsteps of the unique art of stamped fabric

George Kotanidis: One year since his death – The moving post of his daughter

Jawbone: The Provocative One Man Show by Alex Lykos