Russia has targeted Peppa Pig in retaliation for the economic sanctions that have been imposed following the invasion of Ukraine.

A court has ruled that the cartoon character’s trademarks can be used by Russian businesses without punishment.

Entertainment One – which owns the rights to the popular children’s series – had taken legal action against a Russian entrepreneur who had drawn his own versions of Peppa Pig.

The company had asked for 40,000 roubles (£400) in compensation last September, and the currency’s collapse means this would now be worth just £320.

But a judge dismissed the case, and mentioned “unfriendly actions of the United States of America and affiliated foreign countries” in their ruling.

The Russian government has also issued a decree that allows patented inventions and industrial designs from “unfriendly countries” to be used without permission or compensation.

This list of unfriendly countries includes the UK, the US, the EU, Australia, Ukraine, Japan and 16 other nations.

A number of major brands have severed business ties with Russia – with Apple halting product sales in the country, IKEA closing its stores, and Disney cancelling movie releases. 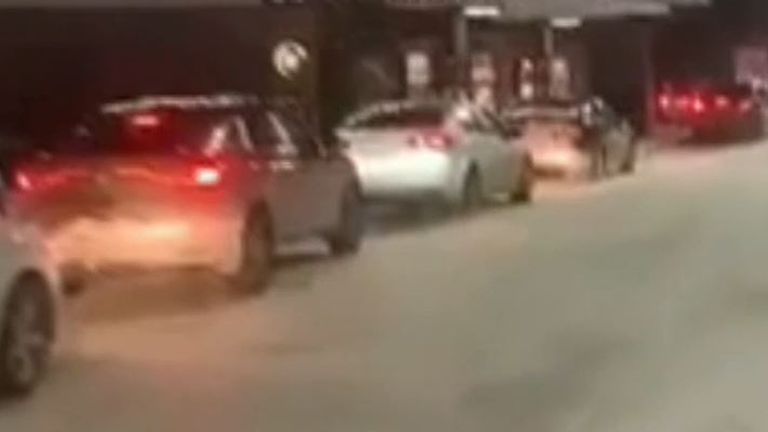 Queues at McDonald’s and IKEA in Russia

McDonald’s has also shut all of its outlets in Russia after facing criticism for failing to act sooner, with some campaigners threatening to boycott the fast food chain.

The Peppa Pig ruling has sparked fears that Moscow may allow trademarks to be stolen on a wider scale.

US and China announce surprise declaration to work together on climate

British teenager ‘attacked by crocodile’ while rafting in Zambia