Head of a Roman statue was pulled from the sea area of ​​Preveza, at a depth of approximately 35

This is a figurative head of a statue from Roman times, probably from the period of Antoninus or of the Severians (2nd-3rd century AD). and a small part of the chin, while it was found partially covered with marine organisms. 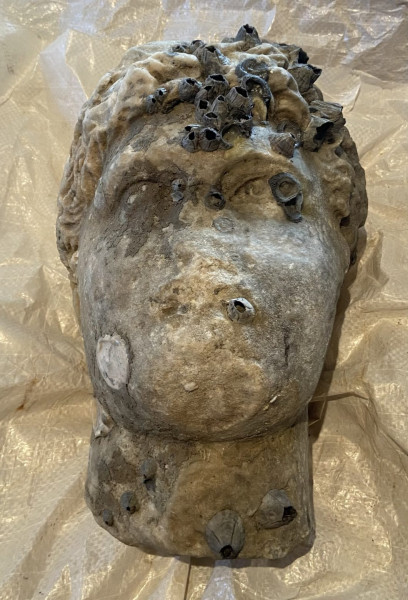 The site was suggested by Mr. Dimitris Karamanidis, who informed the Port Authority of Preveza, which convened a ladder, in which an archaeologist of EFA Preveza also participated.

The ladder watched the excavation and took care of the transfer of the find to the Archaeological Museum of Nikopolis, where its desalination and maintenance works began immediately.