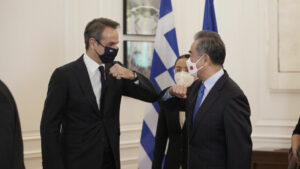 “We welcome you to Athens and considering the fact that 2022 is also the year of the Olympic Games, we want to wish you every success in their organisation. In September, the inauguration of the year of Culture and Tourism of Greece – China 2021 – 2022 took place in the Ancient Agora, something that confirms the bonds of friendship between our states. We expect in this area to further strengthen our cooperation “, noted Kyriakos Mitsotakis during the meeting.

“Bilateral relations between our two countries are developing very smoothly. Our two peoples have a special bond between them. The purpose of my visit is to discuss with Greek friends the future development of bilateral relations “, remarked, among others, the Minister of Foreign Affairs of China, Wang Yi.

During the meeting, the prospects for further development of the economic and investment relations between Greece and China were examined, following the ratification by the Parliament of the agreement for the concession of an additional percentage of 16% of the PPA shares to COSCO Shipping. The cultural relations in the context of the Year of Culture and Tourism of Greece – China 2021-22 were also discussed. 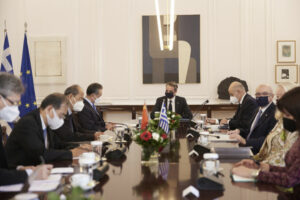 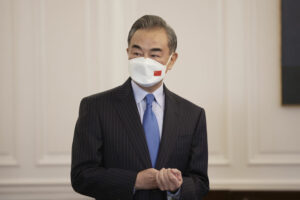 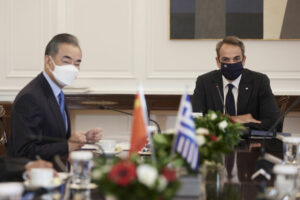 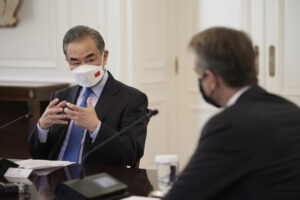 Rafale fighter jet (Burst of Fire) – How good is it? (video)

Washington Examiner: Cyprus should get more US arms support – Analysis

Greek FM: I have not seen tangible evidence of a change in Turkey’s behavior

Mitsotakis to Johnson: Greece is a safe country for British tourists