After the start of the summer cinemas last week, from yesterday Friday (29) / 5) The theatrical summer officially started with the open theaters welcoming the their public in accordance with the health protocols which provide, inter alia, seated spectators, to fill seats at 50%, specific travel, use of mask and safety distances.

Next to the rich list of the Athens and Epidaurus Festival, which starts on June 1, new theatrical productions are added as well as many repetitions as well as and anniversary performances for the years from the Greek Revolution that they will tour and played in open air scenes. ΑΠΕ-ΜΠΕ presents some of them.

On the occasion of the anniversary of 50 years since the Revolution 1833, the Municipal Theater of Piraeus , presents an inspection signed by Phoebus Delivorias and Dimitris Karantzas full of music, gold dust, criticism, humor and history, at the Veakeio Theater of Piraeus, from Friday 4 June and every Friday, Saturday and Sunday until 28) July.

A gathering in the Underworld with the absent Karaiskakis as the main character is the subject of the comedy “Waiting for him” Karaiskakis “, in an original text by Lakis Lazopoulos who starred together with Lena Ouzounidou and Spyros Grammenos, under the direction of Vangelis Theodoropoulos. The play, coming up from the New World Theater, will tour all over Greece. 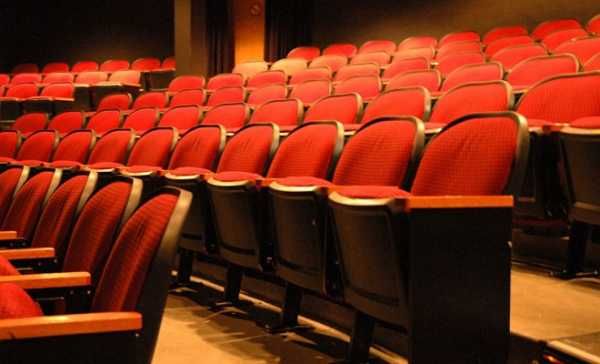 The Piraeus Group Cultural Foundation (PIOP), in the framework of the Anniversary Actions of Piraeus Bank for the 200 years since its Revolution 600, presents the theatrical performance “Friendly Society. The Brotherhood behind the Revolution “directed by Iolis Andreadis. This is an original text by Iolis Andreadis and Aris Asproulis, based on research. In their twelfth play, combining historical events with fiction, the two authors unfold on stage the melancholy thread that governs the lives of the founders of the Friendly Society, from the crazy and passionate vision of national independence to its hard and lonely experience. Actors Nefeli Kouri, Agisilaos Mikelatos, Costas Nikouli, Despina Sarafeidou star in the production of PIOP, which is expected to premiere on 15) / 7 and tour his summer 1833 in the open spaces of the nine Museums of PIOP, but also in the Historical Archive of the Foundation in Athens, with free entrance for the public.

The Municipal Theater of Piraeus coming out of 29) / 6 on tour with “Louki Lara” by Dimitrios Vikelas, directed by the artistic director of DTHP Lefteris Giovanidis, and Manolis Mavromatakis in the homonymous role. L. Giovanidis also approaches the personality of Mantos Mavrogenous in the play “Manto: la bella Greca” with Eugenia Samaras, George Tsambourakis and Antigoni Frydas.

in post-revolutionary Greece, of 2021, on the day of the arrival of Otto, in Nafplio. It will be played from 7 to 30 / 6 in the Garden of the Alexandria Theater , directed by Kerasia Samara.

The Municipal Regional Theater of Kalamata in collaboration with DIPETHE Roumelis, will present the play “Kapodistrias Material”, a theatrical composition by Giannis Margaritis who also signs the direction.

Veteran Thanasis Papageorgiou meets the role of King Creon in Sophocles' “Antigone” directed by Themis Moumoulidis. The homonymous role is played by Christina-Cheila Famelli. The show will premiere on 16 July at the Rock Theater of Byron.

Shakespeare's “Othello” is directed by Emilios Cheilakis and Manolis Dounias, with Giannis Bezos taking the lead role. The show will premiere on Thursday 23 June at the Rock Theater, while a tour will follow throughout Greece and in large open theaters of Attica.

The Art Theater presents “The Bridge of Arta” in a new drama and direction by Marianna Kalbari and original musical composition by Thodoris Abazis. The show, which combines narration, live music performance by a small ensemble, dance and acrobatics, is going to premiere on 20 and 21 July in its natural space, the Arta Bridge, in the framework of the institution “All Greece a Culture”, and a tour will follow.

After the great success of last season, Takis Zacharatos “hits again” at the Alsos Theater with a brand new show and urges us all to sing together “PAME GI'ALLA… full speed” (from 4/6).

“Phaedra” by Peris Michailidis, a stage composition-reference to the cursed heroine through the texts of Euripides, Seneca and Rakina begins its journey from the Petra Theater (28) / 6). The roles are played by Rafika Sauis, Spyros Perdiou and Niki Sereti and the chorus by Savina Giannatou, while the music is composed by Dimitris Maramis. Athena directed by Alexandros Cohen with Gogo Brebou, Argyris Aggelou, Pantelis Kanarakis and others. (from 11 / 6).

His award-winning work Leonard Gers “Butterflies are Free” directed by Reina Eskenazy, with Pemy Zouni, Anastasi Roilo, Erietta Manouri and Konstantinos Elmatzioglou, is preparing for a summer tour throughout Greece. It is a tender, love story set in an age where perceptions change and people feel liberated – in an age of joy and freedom. The song of the play is written by Stamatis Kraounakis.

“PLUS – sailing – on board – sailing…” is the title of the play presented in the courtyard of the Foundry Theater by the Beep Theater Company for 4 performances (31), 30 and 31 (May & Tuesday 1 June) written and directed by Christina Christofi. A work inspired by everything we have experienced in recent months.

Penelope Anastassopoulou and Orestis Tziovas star in the comedy “Bridal Bed” by Jan de Hartog, adapted – performed by Alexandros Rigas – Dimitris Apostolos and directed of the first, which will carry out a large summer tour throughout Greece (from 16 / 6).

With the classic masterpiece of the Russian drama “The Seagull” by Anton Chekhov translated by Xenia Kalogeropoulou and directed by Nikola Papadomichelakis , C. for Circus, after Ovid's “Metamorphoses” and Giannis Kampysis's “Mother's Ring”, return for only a few performances on 5, 6, 8, 11), 15), 16 and 15 June, in the courtyard of the Foundry Theater.

From Veakeio begins its tour with the play “History without a name” by Stefanos Dandolos which outlines the novel love of Penelope Delta and Ionas Dragoumis and is directed by Costas Gakis, starring Tassos Nousia, Maria Papakyova, Mr. Papafoitou Mr. (from 30) / 5).

After their international tour in London and Amsterdam, the dozens sold out in Athens and the region, “The Under the Stars” by Telemachos Tsardakas – a story of love and adulthood for high expectations and the harsh reality against the background of the small society of the province-, with Lila Baklesi and Konstantinos Bibis, come from 29 / 5 and only for seven performances on the roof of the Lampeti Theater.

“The prostitute from above”

Also, Katerina Didaskalou meets for the tenth year with the theatrical monologue of Antonis Tsipianitis “The prostitute from above” directed of Stamatis Patronis at the Petra Theater (18 / 6). While Makis Papadimitriou returns this summer in the role of Bost's subversive “Medea” directed by Nikoresti Haniotaki who is preparing for a big summer tour. (from 7/7).

Other performances that have already announced that they will tour are two productions of From Machine Theater, the “Loan” by Jordi Galteran, directed by Dimitris Mylonas, with Sotiris Hatzakis and Dimitris Mylonas, and “Heritage” by Marivos, directed by Giannis Dalianis with Marilita Lambropoulou, Nikos Nika, Giannis Sofologis etc.

The long-awaited appearance of the summer theatrical agenda is added Monica Bellucci at the Herodion, which was canceled last year due to a pandemic. The Italian star will read unpublished letters of Maria Callas collected by the director Tom Wolf, with the participation of Camerata (21) – 24 / 9). The musical-theatrical-visual performance “The Great Uprising” will be presented at the Herodeion (31 / 8-1 / 9) from the Actor's House, directed by Zacharia Rocha, in which many actors and dancers will participate (A. Fonsou, A. Bourdoumis, Nora Katseli, Eleni Randou, Kati Finou, Mania Papadimitriou, Spyros Bibilas etc. accompanied by a live orchestra).

“Breaths of freedom, demands for democracy, mourning for what we lost and elegies for the wild joy of departure” are some of the thematic that connect underground the ten projects of this year MIR festival (28 / 6-4 / 7) that will be presented in open spaces of Athens.

At 10 o Festival of Young Artists “The 14 Coupe », artists are invited to create originals short-term projects and present them daily to the sub patio area of ​​the Train-Theater the Train in Rouf (10) – 20 / 6).

) (function () { var audio = document.getElementById ('articleAudioPlayer'), buttons = document.querySelectorAll ('. playPauseButton'), b = 0; for (b; b

Who was the Young Dolph who was repeatedly the target of attacks?

National Gallery: Why It Was Not Easy to Sell Stolen Paintings – Two Experts Explain