On the occasion of the opening of the Rodeo gallery, on the street Polydekus in the big port, last July, the American magazine The New York Times Style Magazine, makes an extensive tribute to the cultural upgrade of the area.

According to The New York Times Style Magazine, Athens' reputation as a rising art hub was sealed in 2017, when the capital of Greece, together with Kassel, Germany, became its host 35 of the Documenta art exhibition. This decision was, at the same time, a cause of controversy, as, just two years ago, Greece had defaulted on its debt to the IMF. However, despite the economic crisis, the organization of this exhibition became the reason for Athens to become a pole of attraction for international artists and designers, who were trying to find alternative ways to upgrade various European capitals, such as Berlin or Lisbon. As mentioned by the art historian and Advisor for the Strategy of Culture of the Greek government, Elena Mavromichali, lately, there is a plethora of contemporary artists more and more concerned with the history of Greece and archeological of the premises, while, at the same time, the upgrade projects of Athens are particularly important, such as e.g. the new metro line, which is scheduled to be completed before next summer and will connect the city airport with the sea.

Ms. Mavromichali, who grew up in Kastela, says she is excited about these new projects, while, at the same time, she does not hide her satisfaction for the creation of the Stavros Niarchos Cultural Center, the 2007, designed by Renzo Piano, near Piraeus, but also smaller “creations” that give a new air to the industrial neighborhoods of the city, whose economies have suffered a lot in recent decades.

The artist, Sylvia Kouvalis, having her gallery in Istanbul, the 2007, and a few years later in London moved her gallery to Piraeus. Although she loved the “artistic scene” of Istanbul, Turkey's political instability forced her to leave and move to Athens and choose Piraeus as the ideal neighborhood for her gallery, as she felt that there was a special magic in “being among people repairing ships and engines not far from the port “. 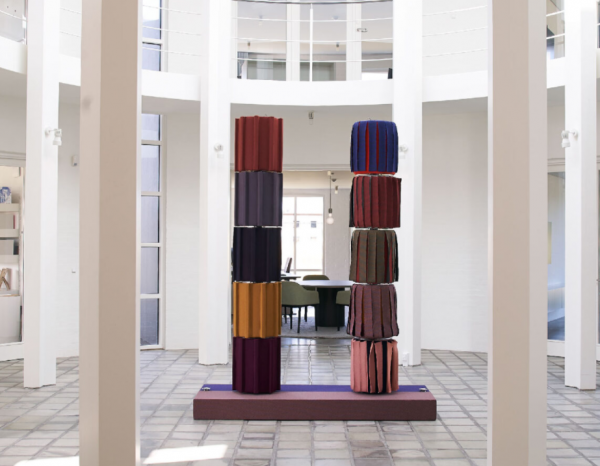 Initially, their office was located in Brooklyn, but 5 years ago, they returned to Greece, in central Athens, as they particularly liked the idea of ​​being closer to their favorite manufacturers. Today, they are building their new office in the area of ​​Piraeus, not far from the Rodeo gallery, as they were attracted by “its climate and the community”, as Tramboukis mentioned. They themselves hope to collaborate with Greek manufacturers, to experiment with larger-scale works and, possibly, to create for other designers and artists.

Piraeus was also a pole of attraction for its owner Carwan Gallery, Nicolas Bellavance-Lecompte, and the French architect Quentin Moyse , who moved their gallery from Beirut in Athens, with Piraeus monopolizing their interest, as it had something in the atmosphere that reminded them of the port of Beirut. 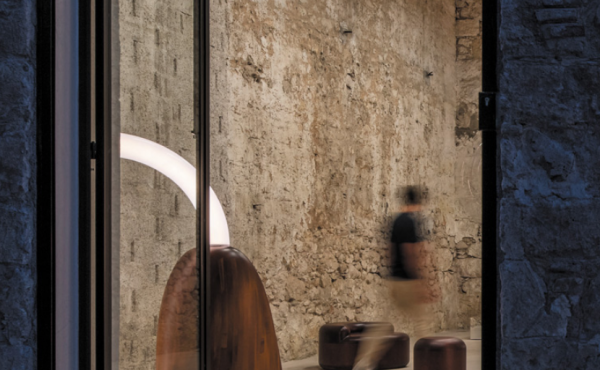 Another important personality who has chosen Piraeus, is Suzana Laskaridi, whose family owns the shipping company Laskaridis. Both the Aikaterini Laskaridis Foundation, which was founded in 2007, and the production, research and development company, Blue Cycle, are based in the port of Piraeus. Blue Cycle is housed in an old factory complex, which belonged to the Piraeus gas company, until its inception 20 century. This company collects plastic, which have been discarded in the Aegean Sea, shipping and fishing factories in the area. This waste is then converted into yarn or pellets, which the company uses as materials for the manufacture of various products, which can be from terazzo-style tiles to modern outdoor furniture.

That night was a “seal” for the future of Piraeus, leaving a sense of optimism for a future that will pave the way for new opportunities in art and creation.