From May 2021 will be gradually returned to the visitors of the Museum of Modern Greek Culture, in Monastiraki, as stated by the Minister of Culture and Sports Lina Mendoni, during an autopsy carried out jointly with the Attica Regional Governor George Patoulis.

The restoration of the buildings that make up the complex of 14 of buildings, which constitute the Museum of Modern Greek Culture was completed and finally delivered 2018 with funding from Attica Regional Business Program 2013 – – ). As an ongoing project was included 2015, the implementation of the Museum's exhibition.

The Minister requested the intensification of actions and works, in order to enable the gradual delivery to the public and operation of the Museum.

The autopsy revealed that in some of the buildings of the complex it is possible to build elevators, in order to exhibition spaces to be made more accessible to the disabled. The accessibility of cultural infrastructure to all citizens is one of the priorities of the Ministry of Culture and Sports today. 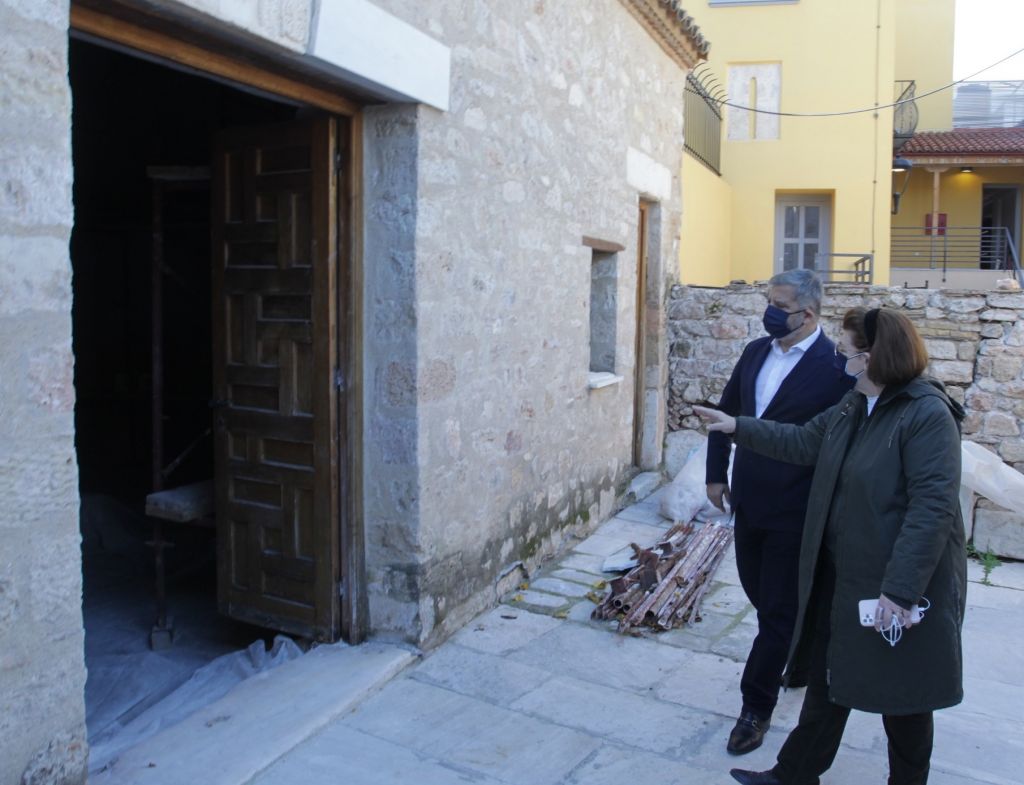 What opens for visitors in May

From May it is planned to give the public the Tzistaraki Mosque, building K, building C (1 + 2) and building E.

In the Mosque will be presented the history of the Museum, since its foundation, the 2007, with representative exhibits from all the Collections of the Museum.

Building K will open its portal with the hosting of the first periodic exhibition of the Museum dedicated to the anniversary of 35 years.

Building C1 will host the exhibition on the identity of the Greeks, while in C2 will be presented the history of Plaka and the building block that constitutes the Museum.

In building E, dedicated to the entertainment of the time, will be presented the large collection of the Museum of figures of the Theater of Shadows.

In these buildings the installation of the showcases has been completed, while until the end of next February forecast The installation of the luminaires should be completed by the end of January 2020 the restoration of the interior of the church of Agios Elisaios. The study for the presentation of the digital exhibits has been completed and it is expected to be introduced to the Central Archaeological Council for the legal opinion. At the same time, the transfer of the Museum's services to the two administration buildings continues, as planned. 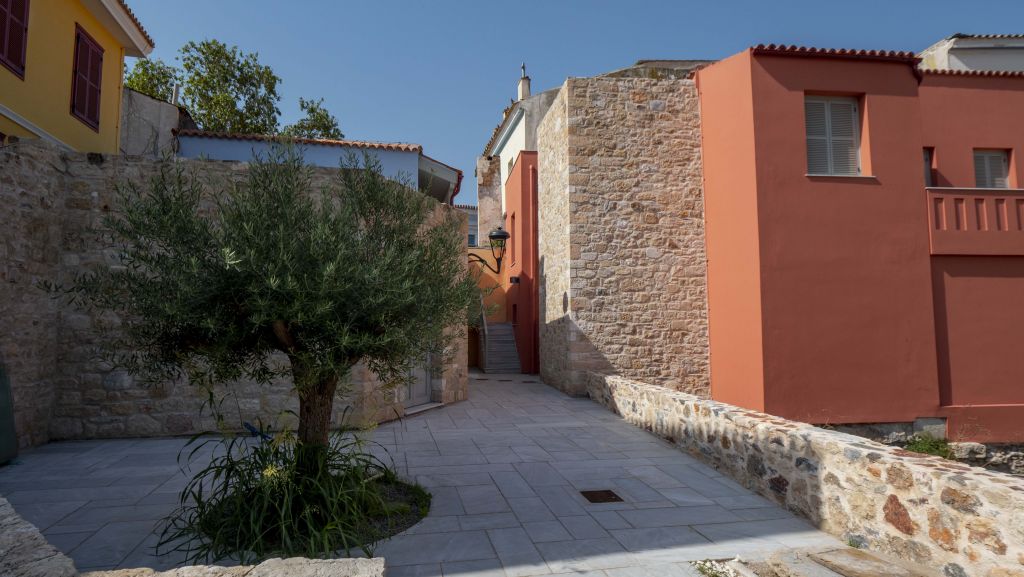 As Minister Lina Mendoni stated,” Today we have the pleasure, together with the Regional Governor of Attica George Patoulis, the Secretary General of Culture George Didaskalou, the officials of the Ministry, in the presence of the Managing Authority of the Attica Regional Development Plan, which is the funding body of the project, to do the autopsy Museum of Modern Greek Culture controlling the progress of the project. “

” We have said many times that the 14 buildings, which were expropriated by the Ministry of Culture and which were restored in order to host the Museum Collections, is a very important offer in the country , but also a unique presence, in Athens and Plaka, which receives millions of visitors every year. »

» The 14 synapo buildings are a neighborhood of Athens, as it was formed at the end 18 his-principles 20 century, with very strong characteristics of that period, which, in fact, is revived through the exhibitions and collections of the Museum of Modern Greek Culture. “

” It is a great project, which concerns the Ministry of Culture and Sports and the Region in both the previous and the current programming period. Our goal is for the Museum to be gradually returned to the public, starting in May 2021, with a horizon of completion in end of the programming period, ie at the end of it 2023. »

» The complex includes the chapel of Agios Elissaios, connected with the presence of Alexandros Papadiamantis, here among the buildings was the house of Nikolaos Planas, while the Dragoumi house is one of the dominant buildings of the complex. I would like to thank the Regional Governor George Patoulis for our excellent cooperation, as well as the Managing Authority and of course the Services of the Ministry of Culture for the important work done in the complex, in order, in the next two years, to be attributed to the Athenians, who deserve it , as it is part of their history. “

” I am sure that the operation of the Museum will be an important cultural event that will renew the interest in the historic center of Athens and at the same time an important development re- “. 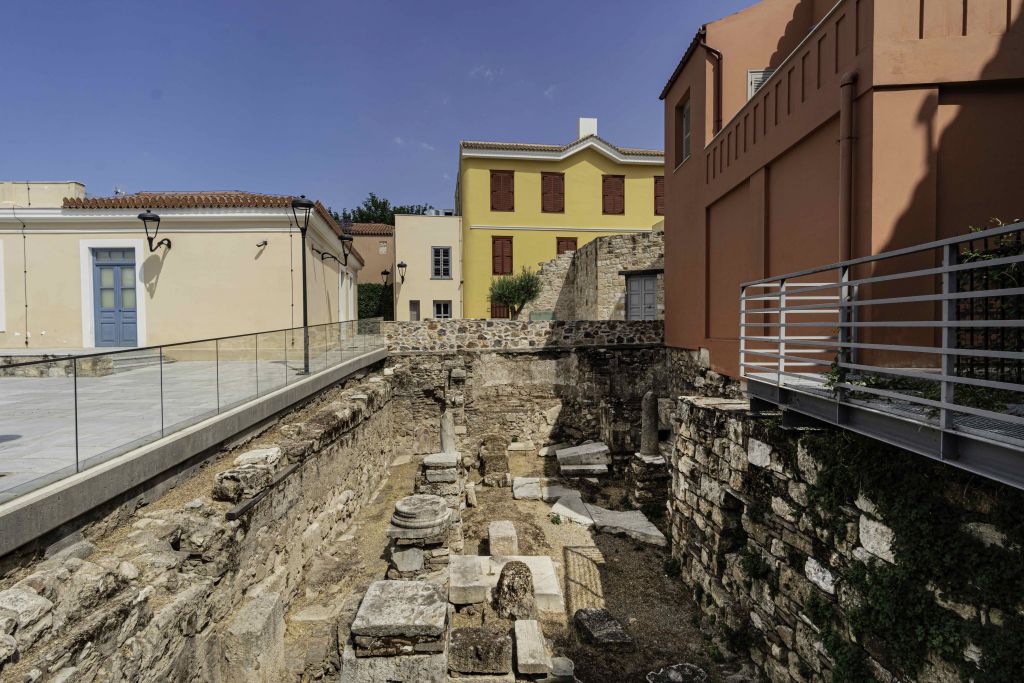 The Regional Governor George Patoulis stated that “there is great joy, but also satisfaction, when we see the implementation of an important project such as that of the Museum of Modern Hellenic Culture, the First Phase of which was financed by the Attica Regional Development Plan 2007 – 2013 and its Phase B is financed by the Attica Regional Development Plan 2015) – 2021 . This is a project of total public expenditure 14. 12. 12 € approximately, which is completed gradually in order to open its doors to the general public, within 2020 . »

» I am glad to be here with the Minister of Culture Lina Mendoni to see closely the progress of the projects, both the buildings and the equipment and the showcases that are being placed gradually. This is an emblematic museum which is located in the heart of Athens, here in Plaka and is expected to be an important pole of attraction for visitors from Greece and around the world. “

” I would like to personally thank the Minister of Culture, Mr. Mendoni, which with its experience and vision, contributes to the historical and cultural promotion of our heritage. I also warmly thank for the cooperation the General Secretary Mr. Didaskalou, the Deputy Regional Minister of Culture Mr. Dundoulaki, the Director of the Museum Mr. El. Melidis and the Head of the Managing Authority of the Attica Region Mr. D. Drossi, as well as all the officials who have contributed to this effort.
We are optimistic because we see our vision to becomes a reality. »

» We continue our work with our eyes turned to the new Programming Period 2020 – 2027 which starts soon and which will find the Attica Region with much more re-s for the promotion of Culture projects “.

Postgrad in science and technology in English offered by Athens University

Autumn at the SNFCC – Program of Events

Lamda Development: The protection of antiquities in Elliniko is ensured

A Night at the Old Mpouat

Elytis' Greece: An anthology of texts about our country and Hellenism