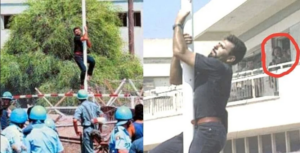 All the details of how he ordered the assassination of Solomos Solomou on August 14, 1996, were confessed by the then commander of the Turkish army’s special forces in the occupied territories, Hasan Kundaktsi, in statements to the Turkish newspaper Sozju.

According to the Cyprus News Agency, Hassan Kundaktzi, on the occasion of the case of the mafia leader Sedat Paker, confirmed to the newspaper that he had a brief meeting with Korkut Eken (according to the mafia boss, Eken had gone to Cyprus to shoot a Turkish Cypriot journalist that  was against Denktash politics), but did not bother much with him because he had to deal with the incidents with the motorcyclists. As already known, the “Cypriot Motorcyclists Federation” had organized a pan-European motorcyclists’ march, which was effectively banned by the Cypriot government, but they went for it anyway, resulting in the assassination of Tassos Isaac, at whose funeral Solomos tried to lower the Turkish flag before getting shot.

Retired Kundaktsi admits without hesitation that he ordered the assassination of Solomos Solomou with a nod he made.

Hasan Kudaktsi, the commander of the Turkish Army Special Forces in the occupied territories at the time, told Sozju that he admired Korkut Eken and knew his heroism. Korkut Eken had come to Cyprus at that time and had a brief meeting with him.

“In those days we were preparing more for an external threat against the “TRNC” (Turkish-Cypriot pseudo-state). We could not deal with him anymore because of the external threat”, said Hassan Kudaktsi. He states that there were calls from Greece and the Greek Cypriot side for a gathering of 8 thousand motorcyclists. 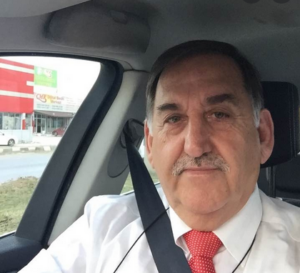 “We focused on this, we were preparing for the measures we would take. Because we estimated that these people with powerful machines could pass from all sides, we took our measures accordingly. They stated that they were unarmed and would cross the green line, reaching Kyrenia. In fact, they wanted to see me to allow them to pass. I told them I deny them crossing the border. The motorcyclists had the attitude of ‘we do not recognize anyone’. While there was such a threat, we did not care about anything else. Everyone had their duty. We also assisted the Security Forces Command as needed”, he said. 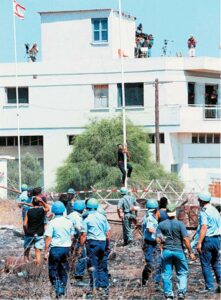 Hassan Kudaktsi said he had given the necessary instructions to the relevant units on what to do against those who tried to cross the “border”, especially those who tried to lower the Turkish flag. “When I raised my hand, it was clear who would do what. Denktash also came that day. Denktash also told me about his previous experiences and I asked him a few questions. The date was August 14, 1996. The person who crossed the barbed wire and climbed to the pole where our flag was, 15 meters from the border, wanted to lower our flag. We warned him three times. He ignored it. I gave a final order to the commander of the area. It was clear what he had to do. I raised my hand and shouted ‘shoot’. If the flag went down we wouldn’t be able to stop them there. I do not want to be the commander who has let the flag go down. I am a man who is ready to die for the flag, who respects the flag. He is unarmed, is it possible? 8 thousand motorcyclists will cross the border and go to Kyrenia. They will lower our flag in Kyrenia, they will sing the Greek anthem in Kyrenia and they will leave and we will watch!”, Kundaktsi confessed cynically.

Interpol has issued a red card warning for the arrest of Hassan Kundaktsi for the murder of Solomos Solomos and has not traveled abroad since.

And while Hassan Kundaktsi was the man who gave the order it was specifically Kenan Akin’s bullet that killed Solomos Solomou.

Erdogan: “We save lives in the Aegean because we are Muslims. Greeks drown immigrants”