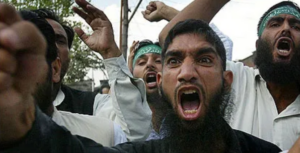 Last month, a Dutch Member of Parliament, Geert Wilders – the leader of the Party for Freedom, which is the largest opposition party in the Netherlands’ Parliament – received two fatwas. Fatwas, officially, are Islamic religious opinions; they sometimes contain calls, however, to kill whomever might be considered insufficiently supportive of Islam or its prophet, Mohammad.

Wilders has dedicated his life to supporting freedom of speech and religious tolerance, and pointing out problems in radical, violent Islamist extremism. Because of this, he has been the target of frequent death threats by Islamist leaders. There are many who appear to prefer religious conformity, restricted speech and often the death penalty for what they might consider blasphemy.

As for this author, born in the Netherlands, it was always a particular pleasure for many years, while serving as a member of the US Congress, to meet with political visitors from the Netherlands to the US. A special one, with whom I often met, is Wilders.

What seems to have earned him these death threats is his unrelenting passion for freedom. To others, it seems, this commitment, is not a plus. Radical cleric Muhammad Abdullah Ahsan, for instance, recently proclaimed: “The rascals like Geert Wilders can’t be stopped by mere condemnation. He must be handed over to Muslims for public execution to ensure world peace.”

Another radical Islamist leader, Saad Hussain Rizvi Sahib, according to an online post, “issued a fatwa against the Arrogant [sic] Greet [sic] Wilders, to Kill [sic] him and he ordered Ummat-a-Muslima to spread this message to Muslims of Haaland and kill him as soon as possible.”

How two videos represent two versions of a journalist’s death

IATA: Guidance to remove mask mandate a step towards normality

Nikos Androulakis is the new leader of KINAL