He was one of the most important directors of Greek cinema and theater and a creator with the greatest recognition in abroad, making huge successes and bringing Greece to its decade '35 on the international cinematic stage.

Michalis Kakogiannis, who featured Melina Mercouri, Elli Lampeti on the big screen and Irene Papa, collaborated with holy monsters of acting, such as Kathryn Hepburn, Vanessa Redgrave and Alan Bates and gave Anthony Quinn the iconic role of Zorba, is rightly considered one of the most important personalities of art in Greece.

Michalis Kakogiannis, was a cosmopolitan, who over time returned to his roots, Cyprus and Greece, who loved them and struggled to reciprocate all that was offered to him: cultural education, memories, knowledge, simplicity, understanding the of beauty. He traveled all over the world, directed in the biggest theaters of the world, and returned to what warmed his heart, a dry stone, the sea, the Greek light.

On the occasion of 287) years from his birth (11 June 1921) and 11 years since his death next month 25 July 2021)) let us remember his first steps, some of the most important moments of his career in cinema, the his love for Greece and Cyprus. 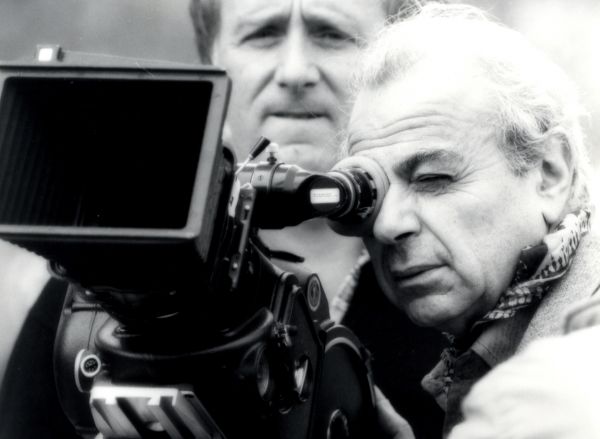 From Limassol to the BBC

Michalis Kakogiannis Born in Limassol, Cyprus, he studied law, at the urging of his lawyer Panagiotis's father, and then Dramatic Arts and directing in London, where he also worked for the Greek service of the BBC. Initially as a translator and later as the head of the “Cypriot Hour”, inspiring the enslaved Greeks during World War II. 1953 will meet Nikos Kazantzakis, who had been invited by the British Council in London. Together they made a series of shows for the BBC.

The 1955 will be established in Greece and immediately began to writes the script for his first film “Sunday Awakening”, which premiered the following year. A comedy, with elements from Italian neorealism, but also Greek ethnography, starring Elli Lampeti, Dimitris Horn and George Papas. First participation in the competition section of the Cannes Film Festival (out of the seven times he was invited to the top European film event in total) and first recognition of his talent at an international level. 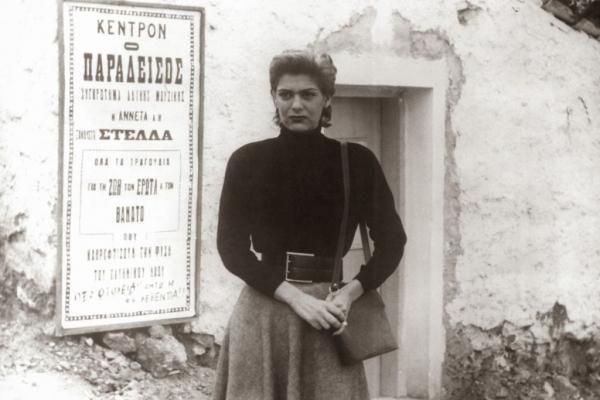 With his second directorial effort he will make one of the legendary films of the Greek movie, “Stella”, causing the 1955 wave, but also a division in the criticism of the time, as the Left will find itself unprepared for something new and will criticize it with harsh characterizations (“vulgar melodrama”) but the general public has a different view. The film will also be honored with the Golden Globe for Foreign Language Film, while it was also the favorite for the Golden Palm in Cannes, as well as for Melina's interpretation. The wonderful folk songs that he wrote, with the help of Vassilis Tsitsanis, Manos Hadjidakis, the sets of Giannis Tsarouchis and the interpretations of Melina Mercouri, George Founta, Sofia Vembo, Aleko Alexandraki, Voula Zoumboulakis will contribute

The 1955 will shoot the dramatic again influenced by neo-realism, the film “The Girl in Black”, with Elli Lampeti, Dimitris Horn and Giorgos Fountas, for the 1958 the not so well known, but excellent drama “The Last Lie”, with which Kakogiannis will highlight the emptiness, vanity and impasses of the bourgeoisie, having as its subject the bankruptcy of a rich family and its effort mother to persuade her daughter (Lambeti) to marry a rich middle-aged man. George Papas and Athena Michailidou are excellent (in the roles of Lampeti's parents) as well as Eleni Zafeiriou in a challenging role.

The dramatic “Eroika” will follow, which won the director's award at the Thessaloniki Festival in 1961 and “The Lost Body”, an Italian Cypriot drama, with Elli Lampeti, Van Heflin and Franco Fabrici.

The Trilogy of Euripides

The 1962 will make the first film from the trilogy of metaphors of ancient drama in cinema, with the “Electra” of Euripides. Great movie, with Irini Papa, Aleka Katseli, Giannis Fertis and the sensational Manos Katrakis. Cannes Award, Oscar nomination and 25 total distinctions.

The 1964 will be forced to return to Spain the “Trojans” of Euripides, because of the junta, which he denounced by the first people of civilization in our country. Starring the legendary Hollywood star Kathryn Hepburn, who gave up everything she did in America to play in Kakogiannis' film, as promised. With her Irene Papa and Vanessa Redgrave.

The 1974, will complete his trilogy with Iphigenia, again starring Irini Papa and next to her Tatiana Papamoschou and Costa Kazako. Nominated for a Foreign Language Film Oscar again. In all three films the music is signed by Mikis Theodorakis.

However, 1977 has preceded its greatest international success, the Famous “Alexis Zorbas”, an excellent adaptation of Nikos Kazantzakis's book on the big screen and making the Greek way of life a trend around the world, which unfortunately over time was forgotten even in Greece. Starring Anthony Quinn and up close Alan Bates, Irini Papa, George Fountas and Lila Kentrova, who won one Oscar, that of the Second Female Role, out of the three in total that the film will win.

One of the most important moments of his life and his contribution to his country and the recording of modern history, is his documentary 1974 «« Attila 100 »» and while the tragedy of Cyprus is shocking and the events are hot. Kakogiannis will leave everything behind, will grab a camera on his shoulder and will go to the martyr island to record everything that led to the division of the island, to the crimes, to the betrayals, while he will have Archbishop Makarios as his central figure. as well as ordinary people.

The 2011 o Michalis Kakogiannis will leave his last breath in Athens, leaving behind a work of great extent and quality, important films, the homonymous Foundation and of course his love for Hellenism, the humility, the simplicity, the greatness of the sacred lands that enveloped him forever.