The laboratories of the Organization for the Management and Development of Cultural Re-s (ODAP), in Ag. Ioannis Renti was visited by the Minister of Culture and Sports Lina Mendoni. This is the main building of the laboratories for the production of molds, exact copies and imitations of the former TAPA.

After the recent enactment of the law 2021 / 2021 with which its structure is reorganized and modernized its operation, the new Organization has been equipped with all the appropriate “tools” to enter dynamically into the new era of its offer, in the promotion of the cultural stock, and in relation to the modern culture. There is now a legal framework that allows him to create a huge range of cultural objects – exact copies, but also contemporary works of art inspired by cultural heritage – through the complete reorganization and radical modernization of the operation of its workshops and shops. In this context, the launch of the Organization's online store is scheduled for March 2020. 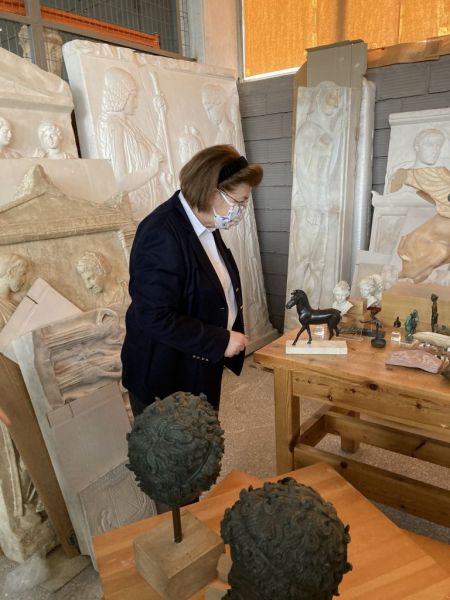 During the Minister's visit to the laboratories, a thorough and creative discussion took place with the executives and employees at ODAP on issues related to the new working conditions and supply, imposed by the new structure of the Organization, such as its building and logistical infrastructure, the immediate need to staff the laboratories with specialized staff, the modernization and enrichment of the production of copies, imitations, inspired works of art, but also the creative investment in new materials, to the challenges of the demand that is already recorded, not only at home, but also from abroad.

The Minister of Culture and Sports Lina Mendoni asked the executives of ODAP to immediately look for a new larger space, at least twice current, which occupies 3. 01 sq.m. to create larger, modern workshops that provide them with excellent hygiene conditions, comfort at work, a pleasant and creative environment. He also asked the President of ODAP Panagiotis Ntai to immediately consider the possibility of creating by the Ministry of Culture and ODAP Vocational School for model craftsmen, in order to save the traditional form of the art of modeling, while at the same time to train competent and specialized staff. to meet not only the needs of the Ministry of Culture, but also the growing market demand by creating new jobs. 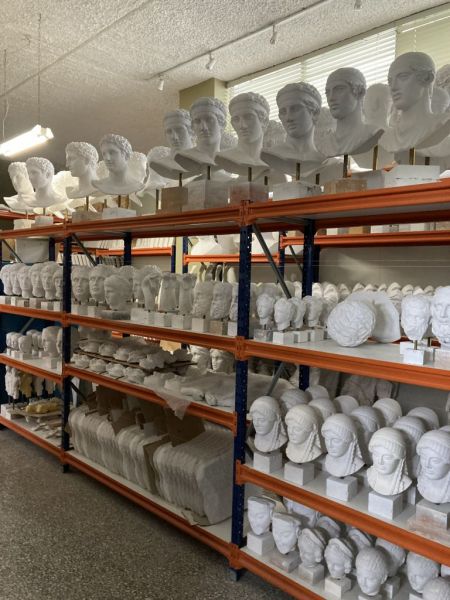 As stated by Lina Mendoni: “The executives of ODAP have a huge know-how. Now is the time for a dynamic restart. The Agency has the uniqueness in the production of accurate copies. Now you need to set the rules and specifications for a high quality production in general. Production to be enhanced with new exact copy codes, but also with certified plain copies. With multiple applications and the use of new cutting-edge technologies, such as 3D rendering (3D), we can sell inspiring items both inside and outside. And it is not only the economic benefit that is extremely important, as it secures re-s for cultural heritage and culture. We are very interested in the dissemination of the unique Greek cultural stock throughout the world. We are talking about a new era of creation and modernization. Let's take advantage of it “. 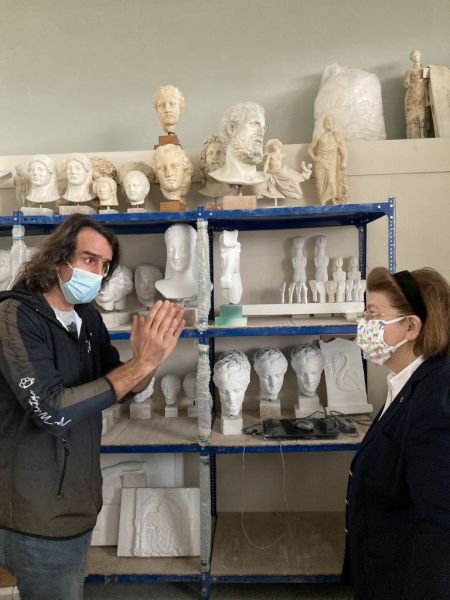 The Minister requested that the possibility of staffing or cooperation of the Organization with staff of artistic specialties (painters, sculptors, visual artists, etc.) be investigated, as well as the cooperation with Schools of Institutions Higher Education, in order for their students to do internships in the laboratories of ODAP. In addition, he stressed the need to use for exact copies and materials other than plaster, such as marble and cement, to meet the demand for large exact copies suitable for outdoor exhibition.

ODAP has an impressive model case, but also unique matrices, dating back to the decade ΄ 50. Old and equally rare casts are scattered in Museums and Ephorates of Antiquities throughout Greece. According to the instructions of the Minister, ODAP will look for them, so that they become a model visitable model-museum. “A Study Center”, as suggested by Lina Mendoni, “which will capture the tradition in teaching, and will refer to the Greek school of faithful copying. Exact copies are a - of valuable information about ancient works of art. Many times they save information that is no longer recognized in the original. They impress in an impressive way the damages and their evolution in time, especially in the case of sculptures exposed in the countryside. “These copies, these matrices, are worth making accessible to scholars, but also to the general public, to anyone interested, in order to understand more directly how to create an original and a copy.” 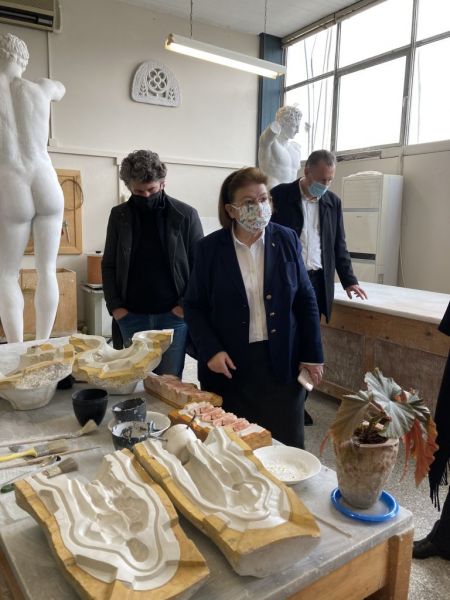 Lina Mendoni was welcomed and guided to the premises of the laboratories and to the impressive model box of the models of ODAP by the Chairman of the Board. of the Organization Panagiotis Dais, the General Manager Elias Patsarouchas, Alexandra Charitatou, executive member of the Board, the sculptor in charge of workshops Stelios Gavalas, the archaeologist Hara Avlonitou, if. Head of the Directorate of Cultural Producers, Sales and Promotion of ODAP, the conservator of antiquities and works of art Vassilis Liolios.

Greek FM: Extremely useful to have constant and sincere exchange of views with Italy

Manos Eleftheriou: The last melodic work of the poet is released

Dion Pieria in the course of the centuries

Katina Paxinou: The Greek priestess of acting who won an Oscar

Andy Warhol: His Christmas-themed works are up for auction