A look only at the map of Lesvos is enough to understand why one of the most important archeological sites of the island is named sanctuary of Messos .

This sanctuary is located in the heart, in the middle of the third largest island of our country, hence the name of the area Inside.

The Pallesvia sanctuary, in the wider area of ​​the Mediterranean town of Agia Paraskevi , joined his fate with the Lesbian Community (a federation founded around him 6th century BC from the five autonomous city-states of the island, ie Mytilene, Pyrra, Antissa, Eresos and Mithymna) from the Archaic Times to the 2nd century AD

It is speculated that the sanctuary of Messos was dedicated to the so-called Lesbian Trinity “Zeus, Dionysus and Hera”. 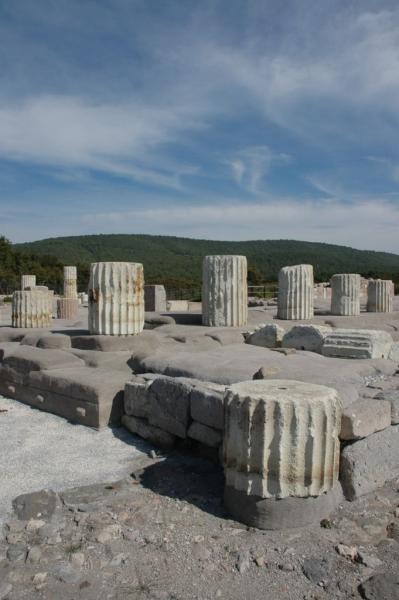 The data we have at our disposal for the early history of the sanctuary come from the archaic poets of Lesvos, Alkaios and Sappho .

According to scholars, this sacred place in the Archaic Times had the form of a simple mosque, with altars and auxiliary houses. 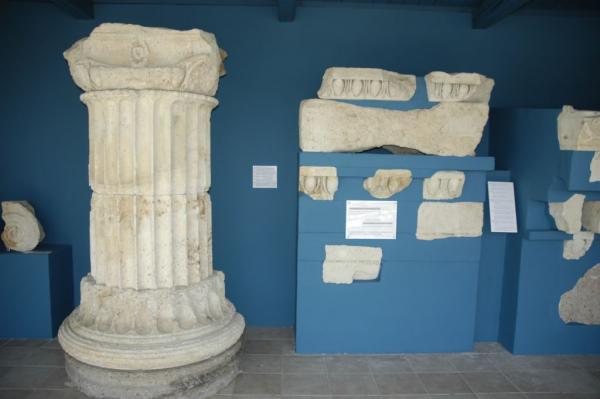 During second half of the 4th century BC An eight-column pseudo-diptych Ionian temple was erected, one of the most important monuments of Lesvos, which incorporated the archaic cult building with its outbuildings.

In the following centuries the sanctuary of Messos was the seat of the Lesbian Community , the place where the inhabitants of the island with religious, political, military and judicial ties.

In the 3rd-4th century AD. the church of the Late Classical Period was destroyed, and its architectural members were crushed and whitewashed in kilns that were built in contact with and around it. 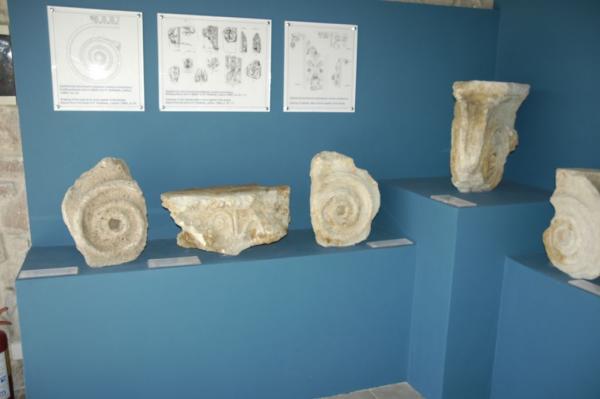 On the platform of the post-classical temple was built with ancient building material early Christian cemetery basilica (the date of its construction remains unknown, as well as its lifespan), which was succeeded by its post-Byzantine church Brigadier , also a cemetery.

Parts of the arch of the sanctuary and its floor, as well as scattered architectural members are preserved from the early Christian basilica of Messos.