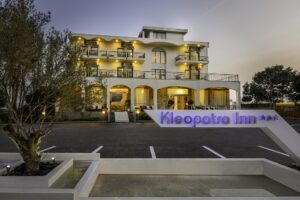 Tourism is one of the most important sectors of the Greek economy and a key pillar of economic growth in a country that was hit hard by a decade of economic depression after the 2010 collapse. It accounted for 6.8% of the total (Gross Value Added) GVA in 2017, and contributed approximately 25% to the nation’s Gross Domestic Product in 2019, according to OECD data.

Many in the tourism industry are exploring new ways to attract visitors and buttress their revenues; and with the shift to 100% energy clean tourism gaining traction across the globe, amid the great challenge humanity faces with climate change, it is no surprise that eco-friendly hotels are becoming more popular. 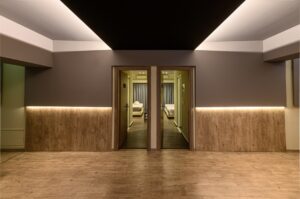 In this race for cutting back on carbon emissions in tourism, a family-run hotel in the beautiful south of the Peloponnese, the “Kleopatra Inn“, is committed to doing its part to create a completely ‘green’ hotel for its guests, while reaping the economic benefits in the process.
Panos Mourikis, owner and Managing Director of the hotel, is always searching for ways to broaden his customer base, especially during the tough period of the pandemic, which saw a virtual shutdown in the hospitality industry across the globe. One of the moves is turning to energy conservation. 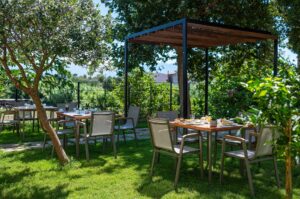 “The financial benefits of going green become visible literally from the first bills. So, in 2019-2020 we roughly saw an 80% reduction in our energy costs. 2020 was the aggregation, in terms of cutting energy costs, of years of planning,” Mourikis says.

As he explains, the family hotel, located in the town of Messini, just 10km away from the second-largest city in the Peloponnese after Patras, Kalamata, was among a handful of hotels from the Greek hospitality sector selected as a case study by INSETE, the statistical branch of the Greek Tourism Confederation (SETE) in its European project “Hotels4Climate” related to the greenhouse gas emissions and ways to curb carbon footprints. 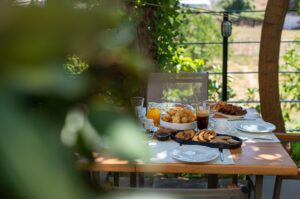 “The Greek Tourism Confederation, (SETE) which is running a programme, in collaboration with Cyprus and the German Climate Fund, chose our hotel as a case study for energy conservation. They inspected our premises and confirmed we were energy-efficient, and selected us along with some other hotels from Greece, Cyprus, and Germany from all over Europe. We hope that this whole programme, will act as a framework for all other hotels to follow, a kind of a blueprint for best practices. Obviously, there is not a ‘one-size fits all formula here.” 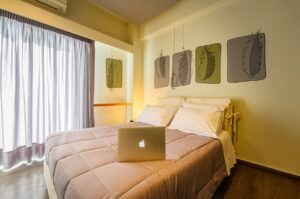 On the question of how much the Greek state has aided or supported initiatives by hotels to go green Mr. Mourikis says there have been some actions in the right direction, but more consorted efforts were needed.
“When it comes to the state supporting the hospitality sector or promoting energy conservation and green tourism, it is making some timid steps. Government officials we talk with do understand where we are coming from, but the incentives offered are far and few in between and mainly via the EU, where the people seem to understand where we will be heading over the next 20 years. The next two decades are inevitably intertwined with the climate. If the sea levels, let’s take Messini for example, rise a metre, everything will disappear, whether we are referring to the primary sector or the resorts. Let’s start there, both at the state level, as well as the private sector to work out, step by step what our next moves should be.” 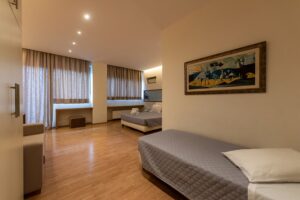 He says the hotel managed to achieve an impressive 85%-cuts in energy consumption by following a step-by-step plan, starting with the most obvious and simplest moves, with the goal of attaining 100% carbon-free in 2021. As he explains olive oil played a key role on their path to minimal carbon emissions, as they took advantage of the abundance of olive pits as a bio-fuel mass.

“We managed to free ourselves from all carbon-based fuel over the past 10 years, something we gradually achieved, first of all by the fact that the region has ample bio-fuel re-s, like Olive pomace as a biomass fuel, which has a zero carbon footprint. Then by saving energy on the premises by fitting motion sensors in the rooms, 100% use of LED lighting, ultra-high efficiency appliances, and devices, sometimes even overstretching our budget, and of course, by implementing renewable energy -s, like solar panels. So, through a combination of all these initiatives, we succeeded in cutting energy consumption per room per capita by 80% in 2020 compared to 2019. In absolute numbers, we achieved over 85% cuts in energy conservation. Our goal for 2021 is to reach 100% efficiency.”

But there is a lot more to be done besides energy conservation, he adds, pointing out that recycling is another necessary step that can bring about an even cleaner end result. “Of course, energy is not the only thing, as we also have the issue of recycling. But this needs the more active involvement of local government. We also have to see ways to manage our waste more efficiently, despite our low volume, as they mainly consist of organic waste from the kitchen. But we have to focus on the 5th wave, the compost issue which the bill under deliberation is currently dealing with. So, everyone has to contribute, from federal to state and local level, they all must get involved, along with the private sector. We have done our part. Now we need the local government to lay down some guidelines and help us manage our waste.”

Greece faces fierce competition as a tourism destination, with many countries in the Mediterranean vying for a share of the market as attractive alternatives. That is why, as he explains, financial incentives by the state, like the VAT on hospitality businesses, are also a significant matter that needs to be addressed.
“We must also become competitive with regards to VAT. When there is a notable gap between VAT in Greece and its competitors in hospitality, this is a huge deal, especially in relation to large holiday packages and offers from tour operators like TUI to large resorts. A high VAT will most likely have a negative impact on the costs.”

Mr Mourikis goes on to say that education in the hospitality sector is a core factor for success. “What the Greek hospitality industry lacks in comparison to the competition in the Med is people with know-how. It would be beneficial for some tourism vocational schools to reopen to train people who do not want to necessarily sit for the National University entry exams. To get trained in vocational schools that will provide them with the theoretical and practical skills in order for them to find work in the industry once they enter the workforce. We need high-quality schools to train people.”

On a final note, as he says, Greece has a number of comparative advantages over its competition that need to be incorporated in a wider, more coordinated plan, with specific thematically-targeted experiences that would lead to more sustainable and high-end quality experience for guests.

“We can offer visitors plentiful archaeological sites, not just the famous ones, but more local ones that are coming to light. Tourism should direct its focus on cultural, religious tourism, as we have numerous monasteries and churches all over the country. Sports and gastronomical tourism, are two other options. These are the combinations, as I said before that we have to expand our interest in including as experiences to the visitors. The recent success of Tsitsipas and Sakkari is a good example. They have promoted Greece and are likely to attract even more visitors. Look at the two resorts Sani Resort with the Nadal Academy and Costa Navarino with its golf course.”

The family-run hotel is just an example of a dedicated approach to what can be achieved through meticulous planning and persistence.

All -s were provided by Kleopatra Inn

‘They can’t hide these secrets anymore’: Anticipation is high for impending release of Pentagon’s ‘UFO report’

Greece: A single-engine plane crashed in the village of Charia in Ilia – Two dead

Crete is the most popular holiday destination for Brits

The underwater village in Crete that resurfaces (video-photos)

No quarantine for UK tourists returning from Greece from July 19