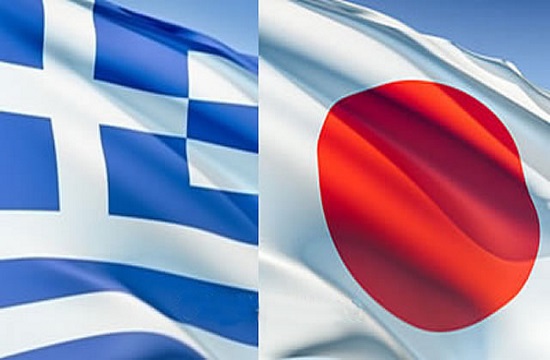 the Greek government “has high expectations of further strengthening economic relations with Japan,” especially in investments in Greece

Japanese Ambassador to Greece Yasunori Nakayama expressed regret over the cancellation of celebrations for his country’s National Day due to the coronavirus pandemic and spoke of the “wide range of new partnership possibilities” between the two countries, ANA reports.

In his statement, the Japanese dignitary – who arrived in Athens in November 2020 and presented his credentials to the Greek president in January 2021 – said the Embassy of Japan would have celebrated Emperor Naruhito’s birthday on February 23 with reception but would be unable to do now so due to the circumstances.

Ambassador Nakayama spoke of the two countries’ success in containing the spread of the contagion by taking a series of measures with cooperation from their peoples,” and expressed cautious optimism about the return to normalcy as vaccination progresses.

“While Japan and Greece have traditionally maintained close ties in shipping and shipbuilding sectors,” he added, “a wide range of new partnership possibilities seem to be emerging in such fields as technology, climate change, and disaster prevention, art & culture, and sports.”

He also noted that the Greek government “has high expectations of further strengthening economic relations with Japan,” especially in investments in Greece. “It is my duty to facilitate efforts by people on both sides to work out as many win-win projects as possible,” the ambassador underlined.

Referring to the numerous opportunities for bilateral exchanges in the near future, the Japanese ambassador listed among them the institution of the Olympic Games, taking place along with the Paralympic Games, in Tokyo this summer; the 100th anniversary in 2022 of the rescue of the Greek refugees by the Japanese merchant ship Tokei Maru during the great fire of Smyrna; the international shipping exhibition “Poseidonia 2022” in Athens (where many Japanese shipping companies are expected to attend); and Greece’s participation in the Osaka/Kansai International Exhibition 2025, for which Greece is “the first European country that confirmed participation.

Media report: When will Americans be allowed to travel to Greece this year?

Archbishop of America: ‘Opposition to anti-Semitism a measure of spiritual health ‘

Kikilias: The plan is for vaccinations of healthy people in their 40s to begin in June

PM to International Relations Council: Looking ahead to promising decade for Greece

European Super League chairman: We’re doing this to save football