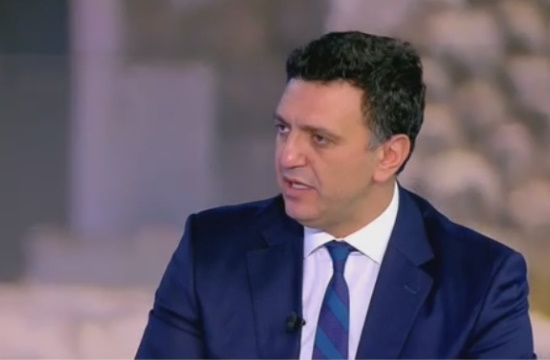 Greek Tourism Minister Vassilis Kikilias had consecutive meetings on Tuesday evening with the Ambassadors of Sweden Johan Borgstam and Norway Frode Overland Andersen in the context of the implemented strategy for the extension of the tourism period in Greece, ANA reports.
He explained why targeting the North European people that have retired is based on the logic that the cold starts early, even in September, in their countries, so the Scandinavians, the Germans even the French could stay in Greece in the autumn and early winter combining the practical with pleasure as the amount they would spend in their countries would be higher than the accommodation cost in Greece.
The Ambassador of Sweden characterized interesting this alternative proposal for the extension of holidays noting that in his country the heating is electric and the electricity bill for a middle-class family in December is about 1,900 euros.
On his part, the Ambassador of Norway said that it is also a very good idea to attract those that have not retired yet but are at an age that their children have grown up and have left the family house, so in this period of their lives they want to travel even for a weekend of four days if they are still working.

AP: Europe’s vaccination program is “unacceptably slow” according to WHO