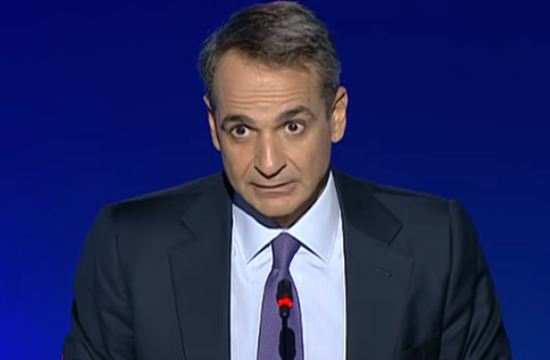 The Greek economy “is growing rapidly, largely as a result of the excellent tourist traffic and the significant investments made in our country”

Even record-busting tourist arrivals and big spending during the lingering COVID-19 pandemic that swelled state coffers hasn’t been enough to assuage worry that Greece’s economy can sustain state subsidies to deal with soaring inflation.

Prime Minister Kyriakos Mitsotakis said that his New Democracy government, which poured more than 17.5 billion euros ($17.82 billion) into aid for workers and businesses during lockdowns, will “continue to exhaust the fiscal margins of the state budget in order to support citizens to cope with this ‘invasion’ of imported inflation and the impact it is having.”

He was speaking from the Ionian island of Kefalonia and said the Greek economy “is growing rapidly, largely as a result of the excellent tourist traffic and the significant investments made in our country” said Kathimerini.

But he added, “We are facing very strong winds, which are creating a great degree of insecurity in the global economy. “The cost of living and inflation are phenomena that are global, they are also hitting the Greek economy, they are also nibbling away at the Greek disposable income,” he also said.

One refugee injured in Mytilene after knife attack

Fire front in Greek island of Evia under control on Sunday