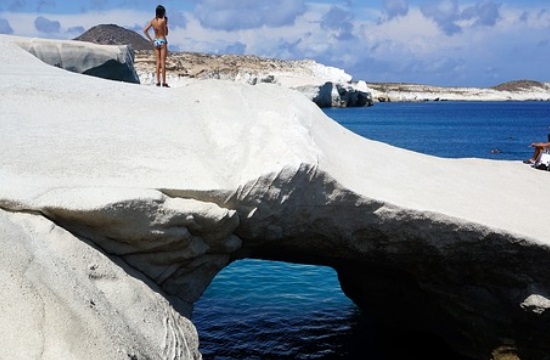 Temporary exhibition for the general public for the first time.

Greek Culture and Sports Minister Lina Mendoni on Friday inaugurated the recently renovated Milos Archaeological Museum and a new temporary exhibition on ancient grave goods, which showcases recent discoveries made in previously unknown locations and ancient graveyards on the island, dating back to Mycenean, archaic and Roman-era periods.
In statements at the inauguration, Mendoni noted that the unique cultural and natural landscapes on Milos are among the comparative advantages of the island, which must be preserved and highlighted in order to attract and develop higher-quality tourism. She pointed out that the discoveries helped reconstruct the island’s history through the ages, revealing its significance in the Cyclades islands, while adding that the island now needs the corresponding facilities to house these finds. This project was now being examined in collaboration with local authorities.

Further strengthening of US energy investments in Greece