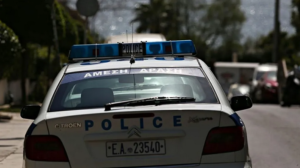 An attack took place on Wednesday morning in Zografou, Athens when an unknown person attacked passers-by with a knife and injured two people.

The person is a 54 years old Greek man, who according to the first information, is a drug user with psychological problems.

The man went out on the street and specifically on Kousidi Street and started attacking the people passing by.

He stabbed one person in the ribs and kidneys, another in the hand and there is information about a third victim, who took a taxi and went to the hospital.

Attiki Odos: Where it closes today due to filming

After the attack, the man went back to his house on Makrygianni Street and called the police, threatening to commit suicide.

Police officers of the DIAS teams broke into the house and found him having cut his veins. He was given first aid to stop the bleeding and was taken to hospital.

A complaint of rape from 23 years ago, opens Pandora’s box of sexual abuse in Greece (video)

Greek state arrears to the private sector drop in December