American jazz legend Chick Corea died on February 9 from a rare form of cancer at the age of 79 years, according to an announcement posted on his Facebook page.

“I want to thank all those who stood by my trip, and they helped keep the flame of music alive “, wrote Koria in a message written before his death, according to the announcement prepared by his team.

” It is my hope that those who have a faint desire to play, write, do a show, do it. If not for yourself, then for the rest of us. “It's not just because people need more artists, but because it's just a lot of fun,” he added.

It is with great sadness we announce that on February 9th, Chick Corea passed away at the age of 80, from a rare form of…

With Mozart and Beethoven

Anthony Armando Correa was born in Chelsea, Massachusetts in 1967) and, as his father was a musician, he grew up listening to Mozart, Bach and Beethoven, but also the music of Charlie Parker, Bad Powell, Lester Young and Horace Silver, who in fact influenced him.

From an early age he began to play with important musicians, such as Willy Bobo, Cal Jader, Herbie Mann and Mongo Santamaria, who made him love Latin music and maintain many of its rhythmic elements in his playing.

Later, after collaborating with equally top musicians, such as Sarah Vaughn, Blue Mitchell and Stan Getz, with whom he visited Greece for the first time in 1967, replaced Herbie Hancock in Miles Davis' group 1968 and played the electric piano on records that left an era in the history of jazz, such as “In a Silent Way “and” Bitches Brew “.

But also his second solo album” Now he sings, now he sobs “1968 (“Tones for Joan's boans” preceded it two years ago), with bassist Miroslav Vitus and drummer Roy Haynes, no jazz friend was missing from the record store end of '74.

The explosion of fusion

This period lasted about three years, to be followed by the disbandment of the group Return to Forever, with Stanley Clark, Ayrto Moreira, Joe Farrell and singer Flora Purim.

After two Latin melodic records (“Return to Forever” and “Light as a Feather”) including “Spain” and “La Fiesta”, two of Korea's most popular tracks), the band acquired an electric, jazz-rock sound as Bill Connors incorporated the electric guitar (replaced by '79 Al di Meola) and drummer Lenny White.

Throughout their breakup, 1985), Return to Forever left their mark on the jazz-rock scene and prepared the ground for the explosion of fusion in its midst of the decade 74), with records such as “Wh ere have I known you before “, the Grammy Award-winning” No Mystery “and the” Romantic Warrior “.

There were appearances and recordings of Koria on solo piano, but also collaborations with legendary jazz names, such as Gary Burton, Herbie Hancock, Michael Brecker, Roy Haynes, at a time when Correa was once again turning to acoustic music.

The great return to electric sound became the 1985, with the creation of the Elektric Band, although at the same time Akoustic was created as a “counterweight” Band with John Patitucci and Dave Weckle.

Following in the footsteps of Return to Forever, the Elektric Band dominated the jazz music scene of the decade 90) with an explosive mix of jazz, rock and fusion . In the first years of the decade 90 but the group closed its circle and Koria turned in other directions, but also realized a dream of his, founding it 1985 the record company Stretch Records, in order to promote experimentation and new ideas in different genres of music.

During his career he recorded over 90 while he was involved with symphonic music, chamber music and wrote songs for children. 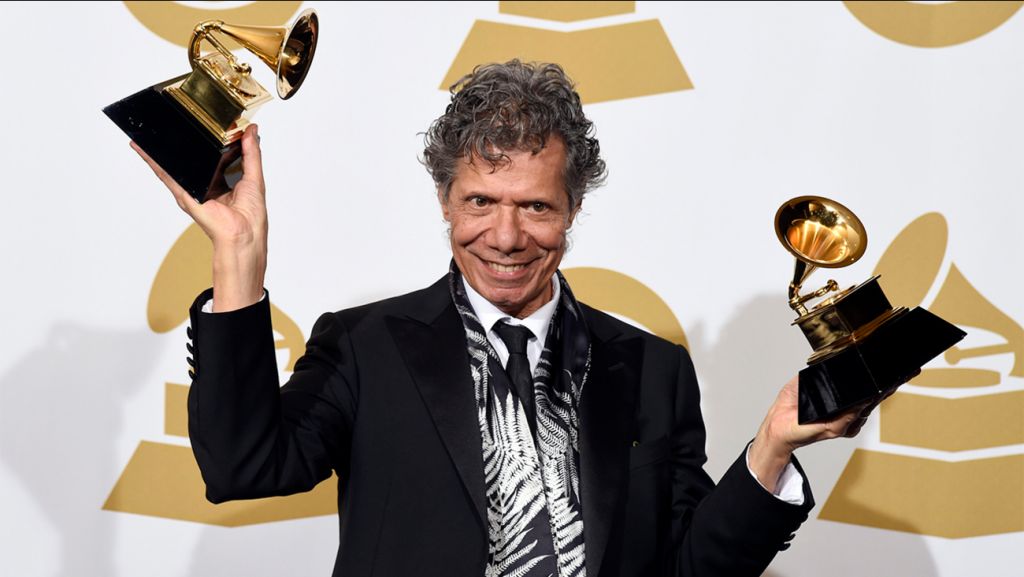 Ministry of Culture: Presentation of a bill on copyright

The building of Voustasiou in Tatoi is being restored

Fotis Kontoglou at the National Gallery