PM Mitsotakis attended the swearing-in ceremony at the Maximos Palace, while the Greek Freak was also present during the ceremony for their honourary naturalisation as Greek citizens.

“Warm congratulations, the whole family is now Greek citizens. And because we have talked so many times about how the boys make us, I would like to say a word about Mrs. Veronica, about the fact that you raised amazing children, with dignity and morals. You are the pillar, the pillar of the family. I wish your father was here with you, he would be very proud,” said the prime minister immediately after the ceremony.

The PM said that the face of the Antetokounmpo family reflected the Greece we wanted. “Greece that tries, struggles, overcomes difficulties, keeps its family united. It is the Greece that makes us proud “, said Kyriakos Mitsotakis. “So, again, John, Alex, Mrs. Veronica, congratulations,” he added.

After the swearing-in, the Prime Minister met with Veronica, Giannis, and Alex Antetokounmpo and discussed Greece and America, the difficult times the family went through, the love for basketball, the NBA, the National Team of Greece, and the movie about Giannis Antetokounmpo shot entirely in our country.

The family members said that today means a lot to them, with the Prime Minister noting addressing Veronica: “You have gone through very tough times and you should be proud of yourself and your children. Your story is a story of optimism.” 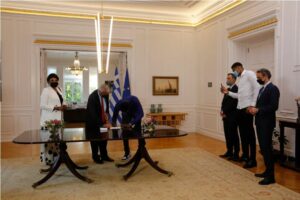 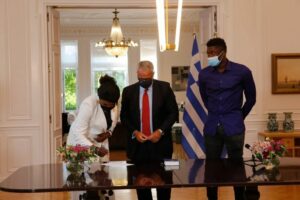 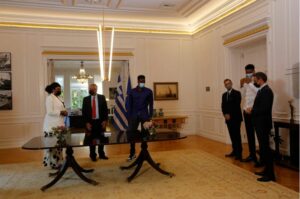 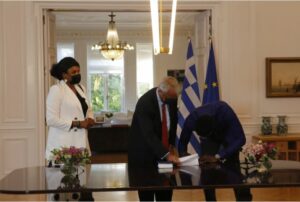 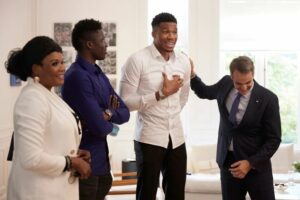 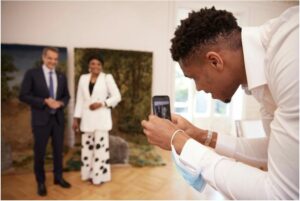 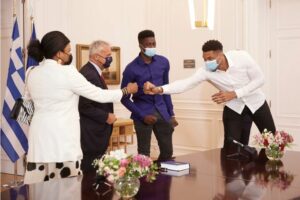 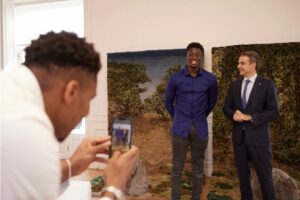 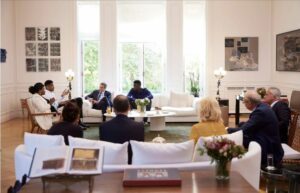 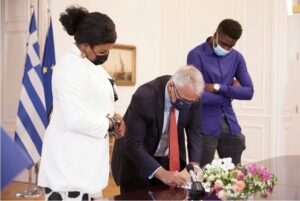 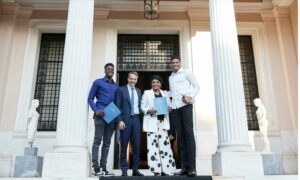 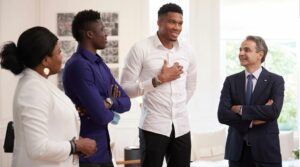 Texas begs for help as 10,000 migrants camp in squalid conditions under US-Mexico bridge

Archdiocese of America plans for celebration of 1821 Greek Revolution bicentennial

Fire in Evia keeps spreading, as more evacuated villages are engulfed by flames