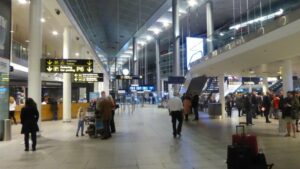 Greece will reportedly permit visitors from the United States to enter for the first time in more than a year starting next week, a month earlier than the previously announced date of May 14, when the country said it would reopen to international tourists who provide a negative coronavirus test or proof of vaccination.

– Greece is taking early “baby steps” toward a full reopening by allowing tourists from the U.S., the U.K., Serbia, Israel, the United Arab Emirates and the European Union into the country starting Monday, tourism ministry officials told The Guardian and Reuters on Wednesday.

– If citizens of those countries can produce a negative PCR test less than three days old or proof of vaccination, they will be allowed in and permitted to skip the mandatory weeklong quarantine in place, officials said.

– The tourists will reportedly be permitted to fly into Greece through airports in nine of the country’s most popular holiday destinations; Athens, Thessaloniki, Heraklion, Chania, Rhodes, Kos, Mykonos, Santorini and Corfu, according to Reuters.

China’s post-COVID rebound levels off as GDP growth slows to 0.6%

The municipalities next to the affected artists