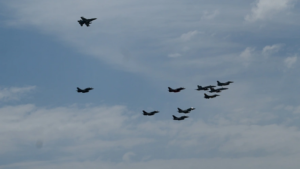 A symbolic flight of NATO fighter jets and helicopters over the Acropolis took place as part of the Tiger Meet ’22 exercise.

Specifically, an Italian Eurofighter, two Greek and two Belgian F-16s, four French Rafale, one Swiss and one Spanish F-18 as well as two M24 helicopters from the Czech Republic flew over Athens at noon.

It is recalled that the Tiger Meet exercise takes place from 9 to 20 May, at Araxos Air Base.

The exercise is hosted for the first time by the 335 Squadron in Greece. 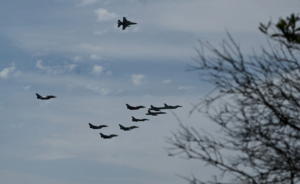 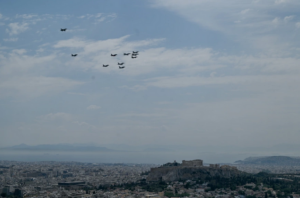 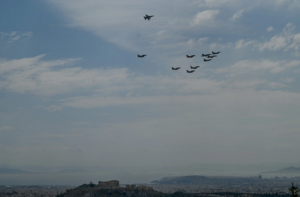 The missions are backed by a NATO flying radars.

Erdogan to Mitsotakis: You will learn well the madness of the Turks