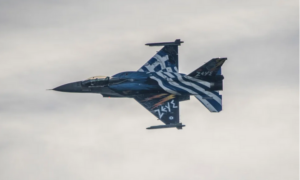 Turkey and Greece, two of NATO’s most valuable but least friendly allies, are pursuing new US-made fighter jets, but their diverging relationships with Washington mean they might not both get what they want.

In June, Greece submitted a request to the US for the purchase of 20 F-35 stealth fighters with the option for 20 more jets in the future. The request comes as Athens’s ties with Washington, especially their defense relationship, grow closer.

Turkey had already requested to buy new US-made F-16s and F-16 upgrade kits last year, but in July, US lawmakers approved an amendment making that purchase harder by requiring President Joe Biden — who has expressed support for the sale — to certify to Congress that it is essential to US national security.

Greece and Turkey’s location next to each other in southeastern Europe, bordering the Black Sea and the Eastern Mediterranean Sea, makes them strategically important NATO members amid heightened tensions in those regions.

But their relationships with the rest of the alliance are heading in opposite directions, and their own longstanding rivalry may only worsen if one of them gets new jets and the other doesn’t.

Greece and Turkey have a very poor relationship and have often come close to open conflict in recent decades.

The neighbors are at loggerheads over a number of issues, including ethnically divided Cyprus, opposing maritime claims in the Aegean and Eastern Mediterranean, and Turkey’s recent challenge of the sovereignty of a number of Greek islands.

Cyprus: The bones of Lieutenant Colonel Stylianos Kalbourtzis will be repatriated with the due honors

Greek government reshuffling – These are the changes (video)