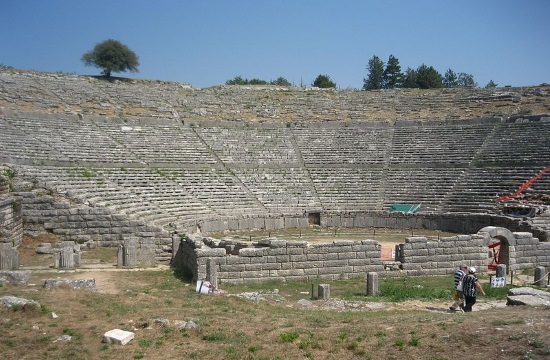 A total of five theaters in Epirus have received funding from the regional/NSRF 2014-2020 program and will be part of another project, the Cultural Path of Epirus, included in developing the region

Access to the restored lower seating area of the ancient theater of Dodona was celebrated with a concert by the Boston Philharmonic Youth Orchestra on Tuesday evening, World Music Day, ANA reports.

Restoration work will continue in the rest of the seating (koilon) area at the stone theater constructed during the reign of King Pyrrhus of Epirus in the 3rd century BC, Minister of Culture & Sports Lina Mendoni announced at the event, which also included the Greek Parliament Speaker Constantine Tassoulas.

The theater was used for performances from August 1960 to the summer of 1998, when the ministry decided to stop its use in order to continue conservation and restoration work on the monument. In that active period, performances were booked through the Society of Epirot Studies.

How Russia has sparked row between UK and US over fish

Postgrad in science and technology in English offered by Athens University