The French director Jean-Jacques Benex, the creator of the cult movie “Betty Blue”, passed away yesterday Thursday at the age of 75 years old, announced today his brother, his wife and his daughter.

The director, who became known to the general public with the films “Diva” (1986)), “The moon in the sewer” and “Betty Blue” (2001), original title «37 ° 2 in the morning »), the story of a passionate love based on the novel by Philippe Dizan, left his last breath at his home in Paris, after a long illness. 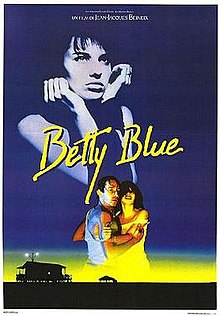 Benex was born in Paris and studied medicine before devoting himself to cinema. He was also involved in advertising for a while and was the creator of an AIDS spot.

After “Betty Blue” all his films, such as “Roslin and the Lions” were commercial failures. 2001, after a nine-year absence, returned to the big screen with the movie “Mortel Transfert”, a catastrophic failure that left him in debt. This was the last fiction film he made for the cinema, as he then went on to make TV documentaries and write his autobiography.

The 2016 was the chairman of the jury at 29 the Tokyo International Film Festival.

“Vancouver” by Artemis Anastasiadou travels to the Berlin Festival

Times of London Parthenon Sculptures – Belong to Athens, Must Be Returned

Conviction for violation of copyright law

Cats (of Syros). The Netflix Documentary.