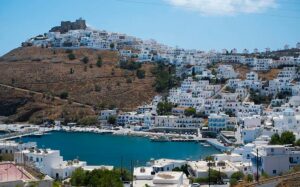 In fact, the hares on the island were so many that the islanders resorted to the oracle of Delphi to seek advice on how to rid the island of this small animal that caused such damage to their crops. Pythia told them the obvious: “get hounds and hunt them”. The people of Astypalaia seem to have religiously followed the advice and so, today, you won’t find many hares on the island, but you can enjoy amazing hiking routes that end on some of the most amazing beaches of the Aegean.

The five destinations most likely to make the travel “green list” this summer & yes, Greece is one of them