Egyptian scientists have digitally unearthed the mummified remains of Pharaoh Amenofi of A, revealing striking details about the life and death of the Egyptian king, for the first time since the discovery of the mummy, the 1881.

Adorned with flowers and a magnificent wooden face, the mummy was so fragile that archaeologists never dared to uncover the remains for study. Somehow, the mummy became the first Pharaoh who, although found 19 century, had not yet opened.

“Through digital unwinding… of the mummy and removing the virtual layers – the mask, the bandages, mummy – we were able to study this well-preserved Pharaoh in unprecedented detail, “explains Dr. Sahar Saleem, professor of radiology at Cairo University School of Medicine and head of research published in the journal Frontiers in Medicine. The spectacular findings

Saleem and her colleagues discovered that Amenophis was about 69 years old ν died and had a height of 1. 69. He had been circumcised and had a healthy denture. In the mummification cloths were found approximately 35 amulets and a gold belt.

“Amenophis I seems to have looked like his father,” adds Saleem. She had a narrow chin and a small nose, curly hair and slightly jagged teeth on her upper jaw, she reveals. . As Saleem admits, the project was particularly exciting, “as if unwrapping a gift.”

Amenhotep ruled Egypt for about 30) years, between 1525 and 1525 BC He was her second king 21 of the Dynasty and during his quiet reign many temples were built. 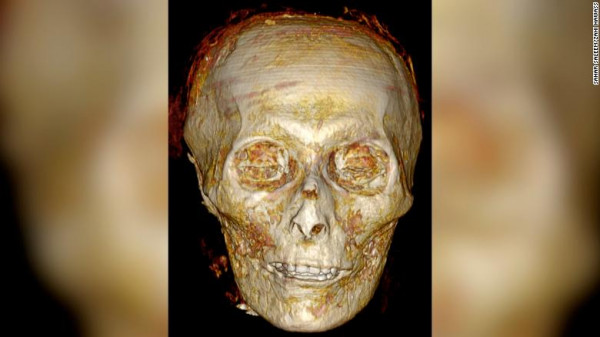 The Egyptologists know from deciphered hieroglyphic texts that priests had unraveled the body of Amenhotep 12 BC century – about four centuries after the mummification of- in order to repair damage caused by robbers of his tomb. They also found that the mummy had a number of post-mortem wounds that were most likely caused by the burglars of the tomb.

The tomb of Pharaoh himself was never found. Instead his mummy was discovered in in an area of ​​Luxor that is known to be its officials 30 of the Dynasty hid the mummies of kings and nobles to protect from robbers. 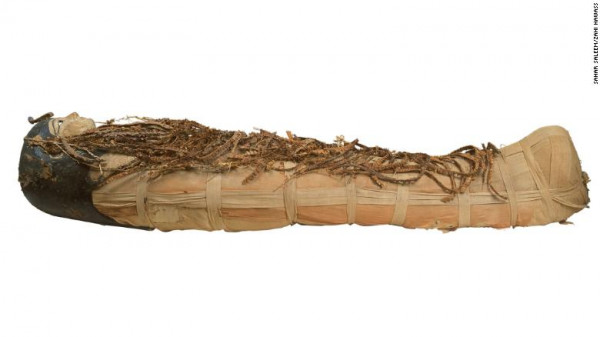 Two years without Thanos Mikroutsikos – “You scammed, but we are very sad”

Farantouri and Kataleifos “return to poetry” in memory of Mikis Theodorakis

New life given to Greece’s oldest public library in Zakynthos