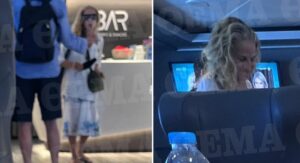 Famous arrived in Greece incognito, and on Friday morning travelled with her two children to Syros on a cruise liner where she was recognised by a passenger.

However, she politely refused to be -graphed with a lady who asked her to.

The lady sitting in the VIP section of the ferry sailing to Syros, Tinos, and Mykonos last Friday morning was not recognised as a famous movie and TV star at the start of the voyage.

The big black sunglasses she was wearing made it even more difficult to figure out who was hiding behind them, but when she took them off at one point, a lady travelling to Mykonos immediately recognised Sarah Jessica Parker.

The famous actress who was adored by women for the role of Carrie in “Sex and the city” travelled in the utmost secrecy to our country and according to information she arrived last Thursday in Athens with her two children.

The next morning they boarded the ship bound for Syros where they disembarked, and when a passenger recognized her, she approached her and asked if she wanted to take a picture together.

The American star very politely refused, perhaps wanting to preserve her private vacation trip to our country with her children, and went down to Syros where they were waiting for her to probably take her to some “closed” villa. 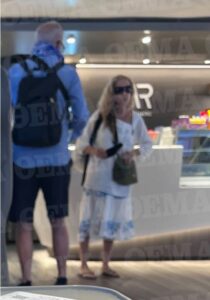 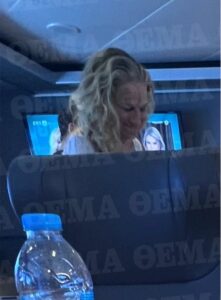 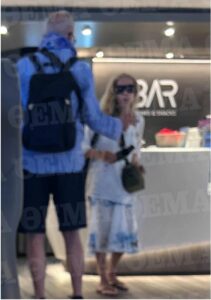 US Ambassador to Athens visits Greek village of Diplatanos Thermou

Greece to open for Russian tourists on May 14

Where is the “City of Thousands of Windows” just hours away from Greece?

The most impressive waterparks in Greece